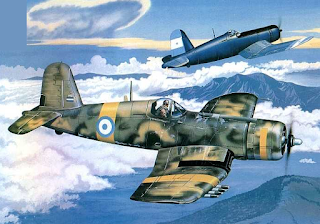 I’m starting the Soccer War project today, with an initial clean up and magnet basing of the Tumbling Dice models that I already have, to be followed later on by the ones that are in the post. I’ve organised the various 1/600th scale models for both the El Salvador and Honduran air forces, with some simple visual clues and a paint job to distinguish between the different marques of fighter aircraft.

I’ll be using the F4U4 Corsair with Rockets (ISA 261b) for these as they were mainly used for ground attack. 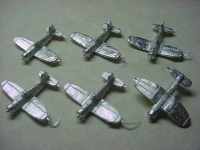 These will be the unloaded F4U-4 Corsair (ISA 261) to which I plan to add tiny cannon barrels, if I can find a way to do this without them looking overscale. This will be the standard Texan / Harvard model (ISA 180)

This will be the standard T-28A model (ISA 842) but with a couple of machine gun pods attached. 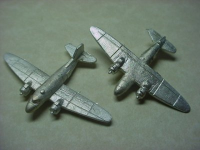 They only had a few of these with home made bomb racks attached to the rocket rails, so I’ll use the Corsair with rockets model (ISA 261b) 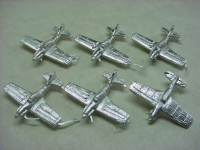 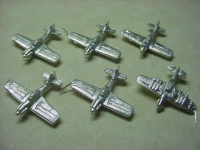 The tip tanks were removed from the FAS Cavaliers, so I will use the P-51D with rockets (ISA 283c)for these fighter bomber COIN aircraft, to distinguish them from the other Mustangs.

These were the navalised version of the T-6 Texan, so I’ll use the same model (ISA 180) 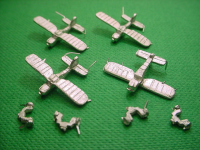 Both sides also used a variety of light aircraft as ad hoc bombers including Cessna U-17A, T41A, 180, 185 and 170, for example. There’s no equivalent model in the Tumbling Dice range, so I may have to use the Stinson L-5 Sentinel as a stand in and cover all for these civilian planes (ISA 825). I’ve looked on Shapeways for a suitable model for these aircraft in 1/600 but there’s nothing available, so I’ll have to make do with what I’ve got.