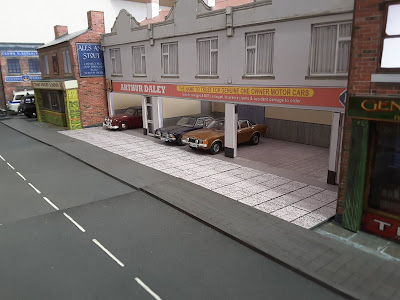 It’s a quiet day outside the new car show room down in sarf London. 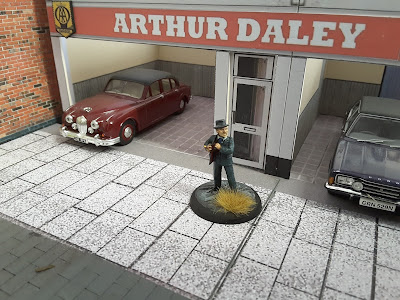 Young Mr Daley surveys his selection of quality used motors, all with one careful owner (The Polis) 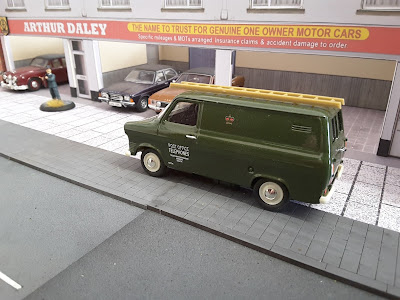 That’s funny, thinks Arthur, I don’t remember anyone saying they were coming to fix the phone. 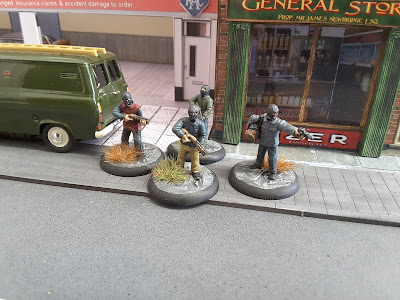 Bugger it’s the Jones Boys – looks like there’s a blag on, hide the Wages Arthur ! 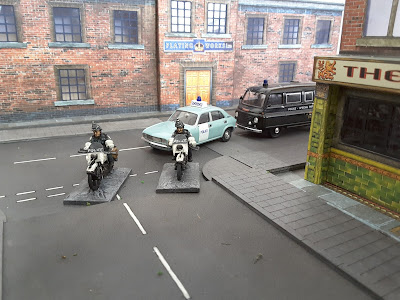 Hang on though, who is this coming round the corner. 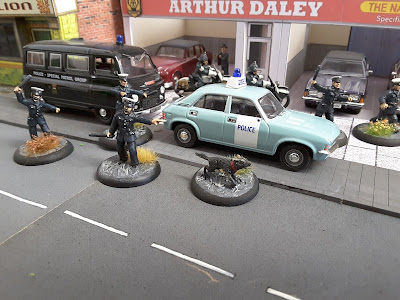 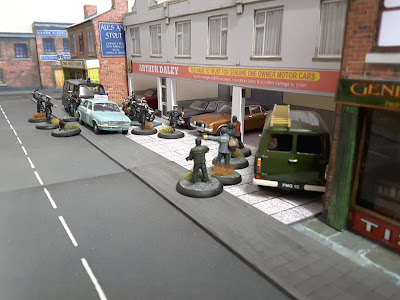 Bloody he’ll Sarge, the Jones Boys have got Shooters ! Back Off 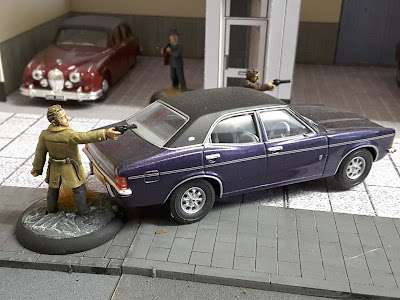 „Don’t worry, me and Ray have got this, Jones Boys, You’re surrounded by Armed Bastards !“

Just a bit of a fun picture story using my new Second Hand Car Showroom. This model is from a company called Kingsway Models. They do loads of stuff that would be brilliant for my Sweeney inspired Cops and Robbers mini Project but most of the stuff is in 1/76. I’ve asked the owner if he could upscale some of the 1/76 models (The bank especially) but sadly it’s a no go at the moment.
https://www.kingswaymodels.co.uk/shop/1%2F43-scale-O-gauge-card-model-building-kits/9 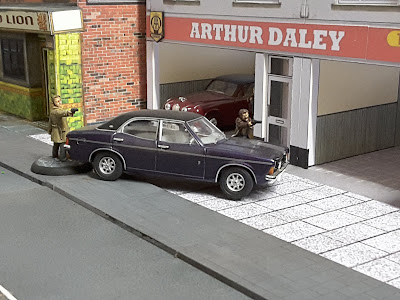 The Kingsway model was on much thicker card than the Purple Bob’s Hobbies Card Buildings I’ve used in the past. The print definition on the garage isn’t quite up to the same level as the other buildings but I think you’ll agree that it’s a lovely model and a damn fine addition to the mean streets of 70s London.