2019 To the Strongest! Worlds at Chalgrove 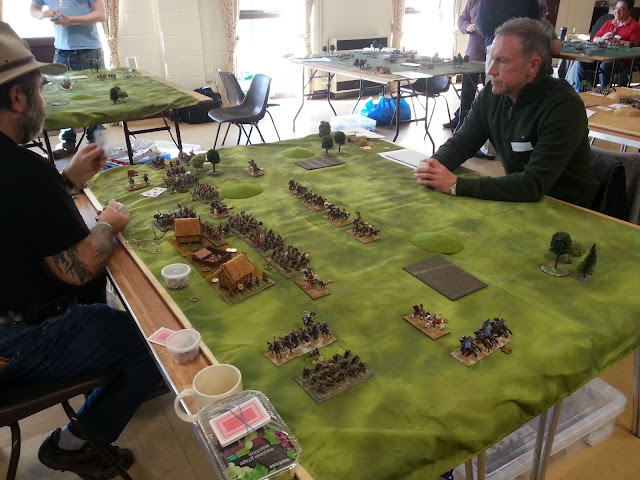 The date of the 2019 To the Strongest! World Championship will be 23rd February 2019 and it will, again, be held in Chalgrove Village Hall, Oxfordshire (OX44 7TE). For those who haven’t yet been to the Worlds, they are a friendly, one day competition, probably the largest 28mm ancient/ medieval big-battle tournament in the world, with 30 or more players expected to participate.

The rules used will be the v1.1a To the Strongest!, along with the Even Stronger V7 supplement (which be published in early October). The V7 supplement will remain substantially similar to the current V6 version, but will include some changes to mounted evades, for game-balancing purposes, and a small but helpful change for players wishing to field cataphracts.

Battles will be fought on 6′ x 4′ tables on a 12 x 8  6″ grid. Armies will be 130 points and composed of 28mm miniatures; any of the official TtS! army lists are allowed. If you don’t have a suitable army, we may be able to lend you one- please ask. Please don’t submit your list yet, we’ll start taking them from late November, and will need all the lists by the end of January.

There will be four rounds in round robin format, as last year. The first round will feature pre-set terrain and the second, third and fourth rounds will use pre-set terrain if both players are happy, otherwise terrain will be placed as in the rulebook. Please bring terrain pieces, if able, there will be some terrain available to borrow on the day.

The final tournament ranking will be determined by how competitors did in each of the four rounds using the traditional cryptic/unfathomable formula:  Tournament points = (100 x fraction of Victory Medals you have taken from the opponent) + (50 x fraction of VM you have left from your own army) + (50 if you have scored a victory over the opponent).

There will be a £10 entry fee, payable in advance or on the day. Tea, coffee, hot chocolate and biscuits will be provided. Steve will ask the Red Lion pub whether they can supply baguettes again.

Provisional timings are as follows:

Friday evening- The Night Before Chalgrove Dinner, somewhere in the local area- please let Steve know if you are interested. Start the Worlds with a hangover!

10:35 current turn(s) to be completed. (N.B. the non-phasing player gets a final turn if they went second (i.e. lost the scouting), to even out the number of turns played)

16:50 Declaration of the winner who is then carried aloft around the room accompanied by  triumphant frenzied bellowing, ululation and chest beating, or maybe just a sedate presentation and a group photo.

There will be prizes for the winner, runner ups, good sportsmanship, best army+camp+terrain and other prizes at the whim of the organizers – not to omit the traditional dead elephant award for the player with the lowest score.

To secure a place, please email Steve at  steve.dover@3dsystems.com if you haven’t already done so! 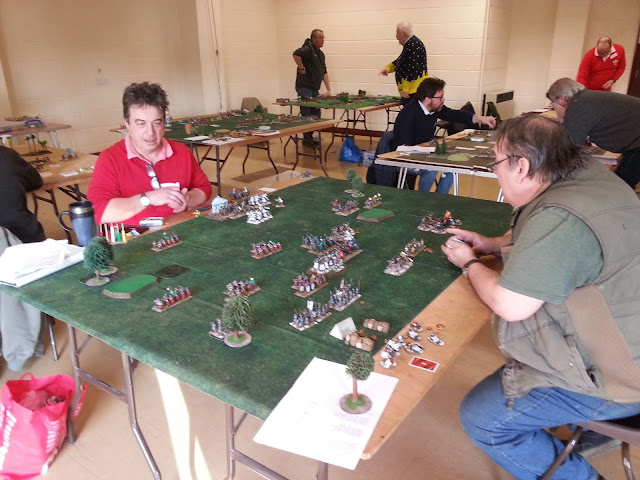