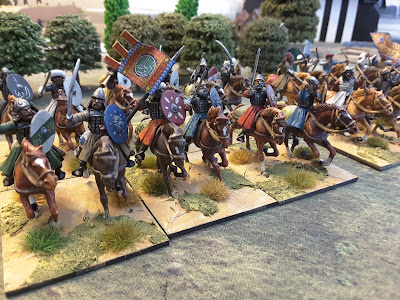 It’s taken a while to get going on the Crusades armies, despite having a lot of figures for a couple of years and finishing some test bases off at the back end of 2016, progress remains glacial.

So here in this short „show off“ post are my first 2 complete units.

The figures are from Gripping Beast. Sold in boxes of 12 figures, these are the plastic Arab Heavy Cavalry and the Arab Light Cavalry sets. I had 4 boxes in the house (two of mine and two from Andy a YG regular) so this is half of my mounted stash.

I haven’t gone for any particular rule set basing (which is my norm) choosing to base both armies to the same size and adapting rules to fit the figures rather than debasing every couple of years to a new set. Bases are 50mm x 60mm mdf. 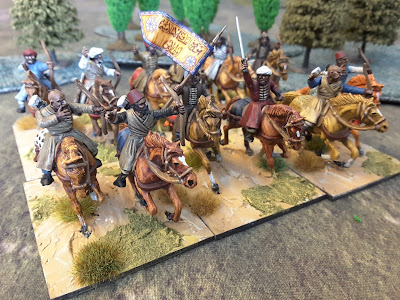 I went for an all archer set up for the Light unit apart from the command base which has a leader with Sword and a Flag Dude.

It was a similar approach with the Heavy Cavalry this time going for an all Sword (with 1 Mace) armament, something that I plan to continue as the army grows, the next unit on the table will be either lance or spear armed. The flags have come from Little Big Man Studios, again a donation from Andy. 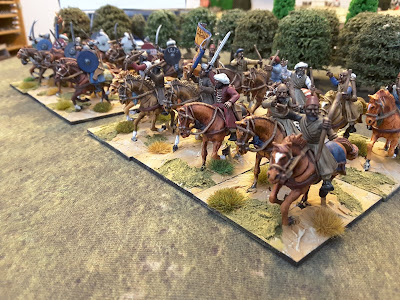 I am still grinding through the figures on a slow and steady pace. I have two units of Crusader Cavalry built with the horses painted and the remaining two boxes of Arab Cavalry constructed, god knows when we will actually start gaming the period but at least we have a start ! 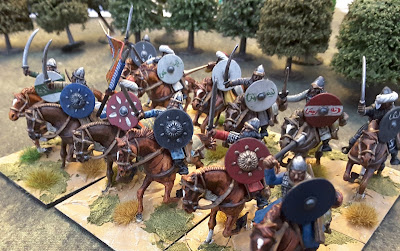 I have had a big burst of activity on my WW2 Desert 28mm stuff, painting everything I had in my to do box (for that period) that was until Blitzkrieg Miniatures started their half price tanks on a Monday, now I am broke and the box is full !