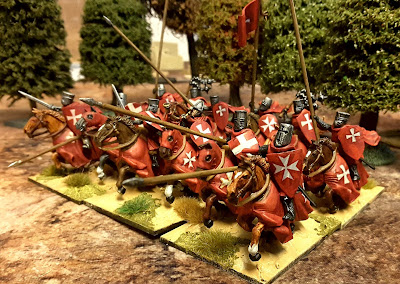 The Crusades Project continues to move with all the speed of a stunned mollusc. 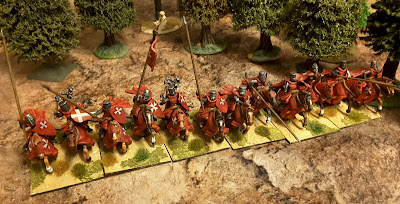 A couple of weeks holiday saw me finish off the horses which had been lying around with the horse flesh done in oils months ago. I think the thought of painting these is considerably more daunting than the actual task itself, once I get started it was easy, it was the getting started that was the problem ! 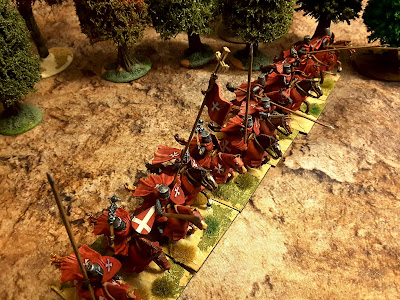 The figures themselves are from Fireforge games and are the Teutonic Knights set, they were purchased by one of our regulars here at YG, Andy as an impulse prior to the real start (by start I mean stumble) of the Crusades Project and were kindly donated to the cause. 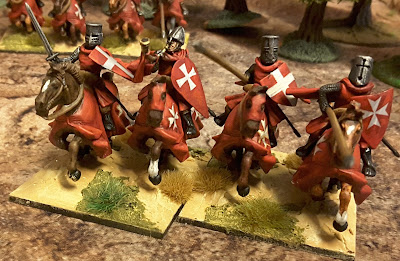 Our aim is 3rd Crusade, who can resist a bit of King Richard vs Saladin action, two of the greatest Generals of history squaring off against each other, what’s not to like  !

Of course the 3rd Crusade occurred around 1190 whilst the Teutonic Knights, although formed on that date were much more active outside the Middle East in the 13th to 15th Century so the figures are a bit outside our stated timeframe. 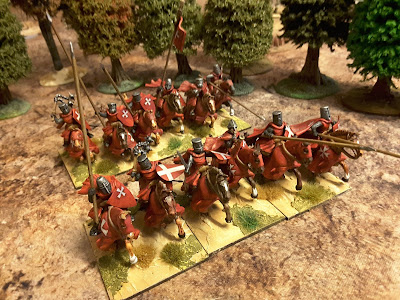 However my adopted Yarkshire status has led me to be a bit of a „tight bugger“ and „nowt goes t’waste tha knows“ so I was not going to chuck out the figs rather I would mould them into a unit of sorts.

First thing was in the build, I ignored all the winged helms etc and tried to use those which would have been around if slightly „ultra modern“ in the 1190s. 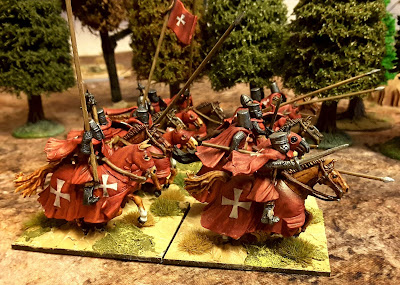 Next decision was which unit ? Again the decision was made for me. I ordered some fantastic Decals from Battle Flag for the units I was planning. However when they arrived I had been sent the wrong Hospitaller set, the later red set rather than 3rd Crusade black set. Adopting full on „waste nowt“ mode I thought „I know where I can use those“. Battle Flag did send me the correct ones btw. 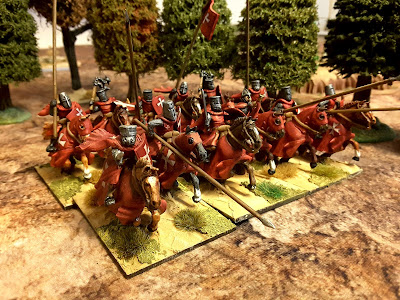 So my later knights adopted the later (1259) Hospitaller red, a bit of a rogue unit but better that than not using the figures.

I have another unit of Knights on the go (St Lazarus) and two more units of Muslim Cavalry are going through horse painting process. A game before Christmas, yeah right ! 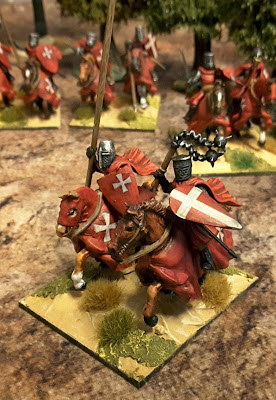 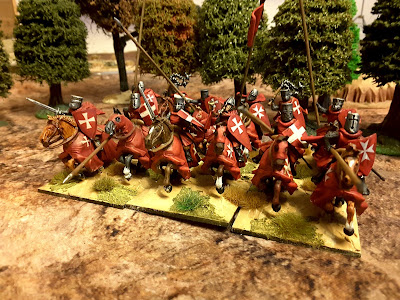