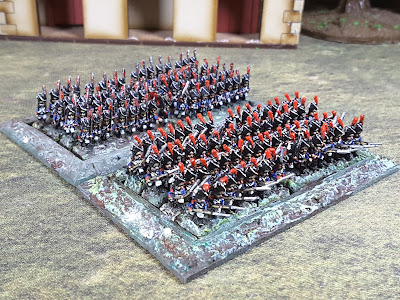 Whilst counting up my figures for the #Greatwargamesfigurecount a few things saw the light of day for the first time in a very long time. I would guess that these figures have been in a box for 30 years or so. 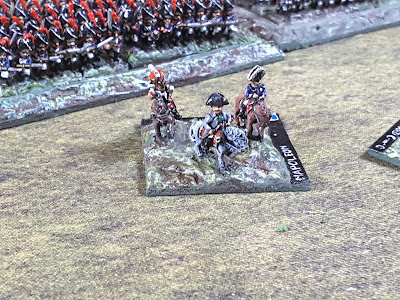 I was after doing a different theatre to the 15mm Pennisula figures I was building at the time (5993 in so far) and had seen some pictures of these Adler Miniatures in a magazine and sent for a few. In true Yarkshire Gamer style rather than using the smaller figures to get more units I dropped my figure scale to get bigger units. The 64 figure Old Guard units are only slightly smaller than their 32 figure 15mm counterparts. 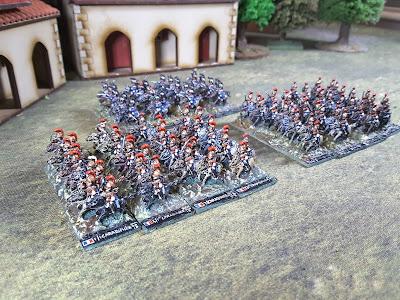 I remember being absolutely blown away by the detail on the Adler figures, sold as 6mm they were hugely different to the Heroics and Ros figures that were the standard of that scale at that time. A lot bigger than H & R and probably closer to 10mm they were (and still are) beautifully sculpted with bags of details. 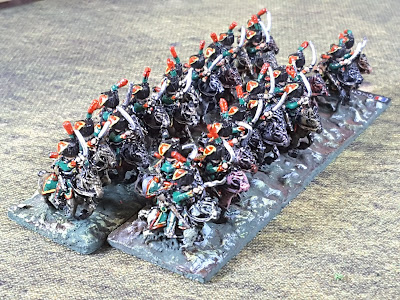 There were big plans to do some big games with these but they never materialised, I kept building my 15mm collections of Napoleonics and never kept up the drive I had initially with the smaller scale. I ended up with smallish armies of French and Prussians and used them at the Leeds Wargames Club a few times but they went back in the box as I got my own games room and table and the 15s took over. 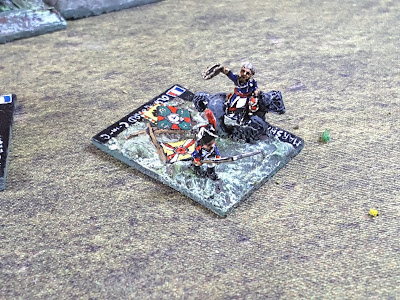 So with them not being used their future is uncertain. I do struggle painting the smaller scales now and the financial constraints that drove me to a smaller scale at the time are no longer there, I’ve collected enough 15mm to do most things so I can’t see me adding to them. EBay?  Who knows, I’m always reluctant to sell stuff and there are some really nice figures in here. They will probably sit in a box for a while longer. 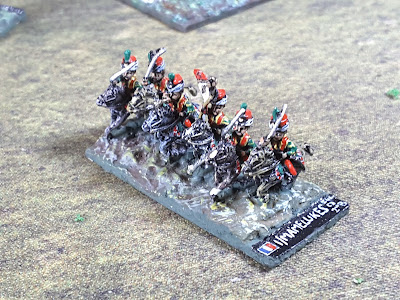 The great wargames figure count is done, I am still in therapy over the results, I shall post the result shortly. 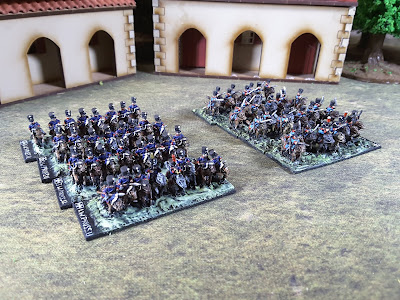 For the pendants out there, yes I know the buildings in the background are 28mm Renaissance.