A Generic Bridging Train & Pontoon Bridge (plus a few other bits)

5. November 2017Blogs INTComments: 0
Since I started wargaming I’ve always wanted to have a bridging train. In the past I’ve made half-hearted attempts with a few pontoons with bridging sections but, because of the cost of white metal wagons and the fact that an actual train will rarely get used (except as an interesting column of military wagons), I haven’t bothered with anything more substantial. 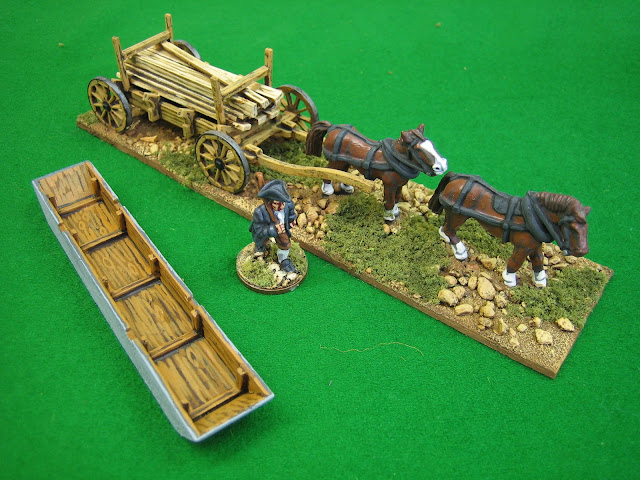 Then War Bases wagons and carts came along. War Bases don’t actually make a pontoon wagon (yet) but they do produce a wagon that can be easily and cheaply converted. All I did was use the deck with a few extra pieces of balsa wood as planks and add a couple of trestles (made using off cuts from the MDF kit frame) for the home made balsa wood pontoon. Normally I’d stick the pontoon to the wagon, but in this case I’ve left them separate so that they can be used to represent a pontoon bridge under construction.

The teams used for the pontoon wagons are also by War Bases. 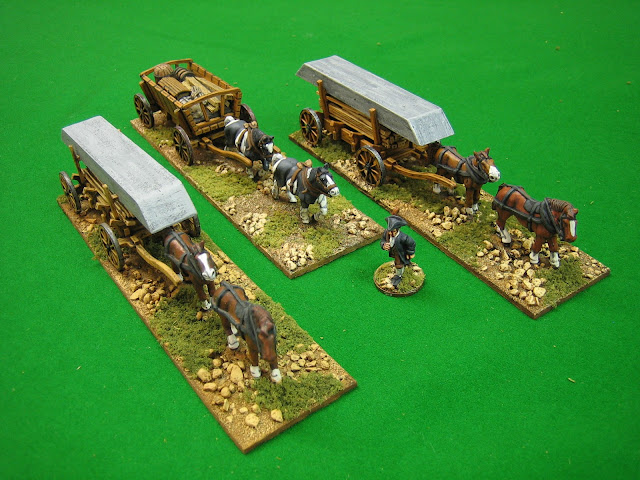 I made one pontoon wagon up a while ago. Now I’ve gone the whole hog and produced another which along with War Bases Engineers Cart with cast resin load will make up my bridging train. 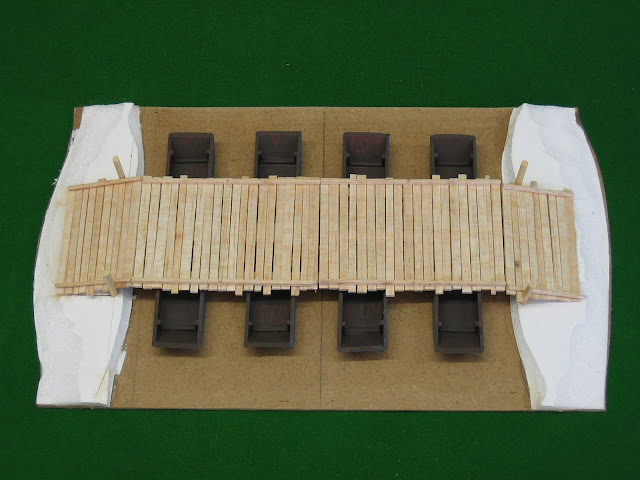 In the near future I intend to tackle some new wide river sections. To that end I’ve purchased a heap on MDF sheet and I have made up the first piece – the pontoon bridge piece. I made it using a 2mm MDF base with foam board banks. The bridge is balsa wood planking with lolly pop stick supports; the end poles are barbecue skewers.

Until I make the rest of the river this piece cannot be finished because I want it to blend in seamlessly. A post on this will follow. 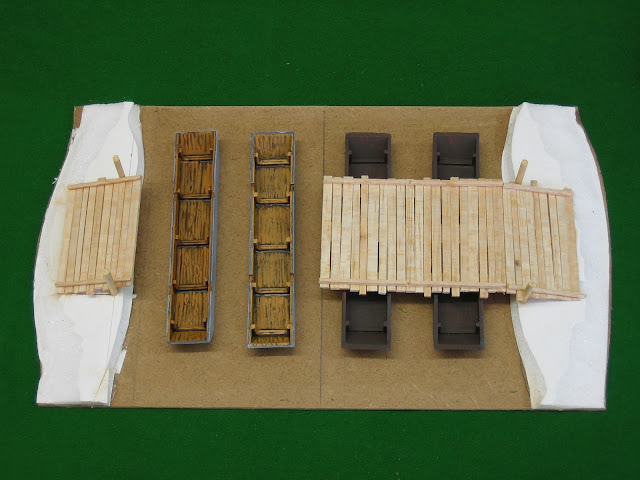 The bridge is constructed in three pieces: The ramps on the river banks (as a fixed river section piece with bridge heads) that can be slotted into the river system as desired and two two pontoon bridging spans with planking afixed. Along with the two pontoons from the wagons, this should be enough to represent the bridge in varying stages of completion. I think this will work rather well. I can feel a few bridging scenarios in the offing!

Lastly, here are two other carts by War Bases. The first is a turnip cart with a load of hay made from P.V.A. soaked teddy bear fur, the second is a water cart.

I can’t recommend these wagons and carts enough, the quality is excellent. The turnip and peasant carts are £4 each. Having resin components, the water and engineer’s cart are £5 and £7 respectively. War Bases teams are £4 per pair of cast metal horses. 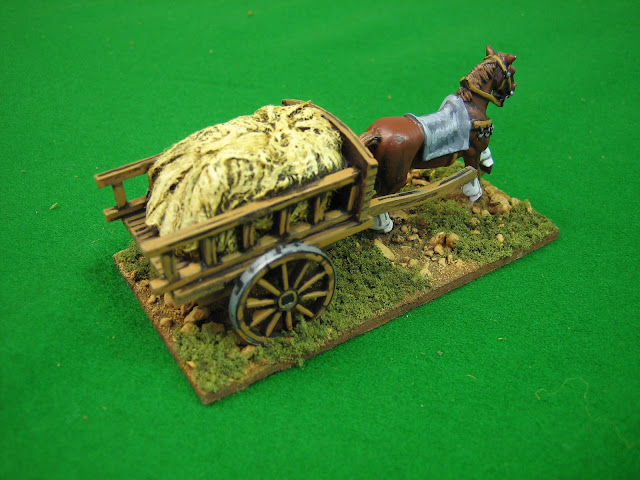 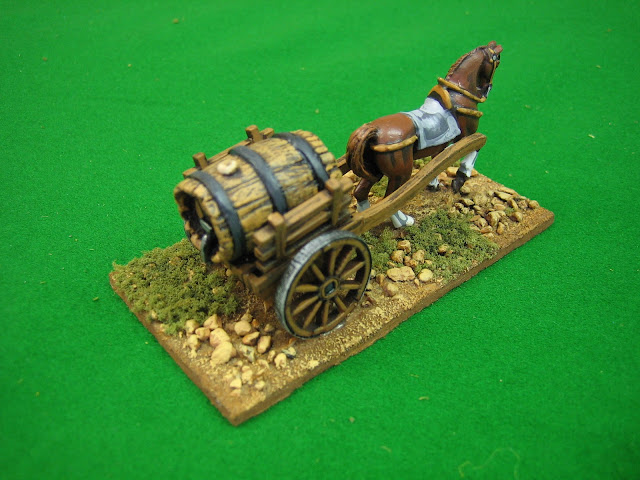