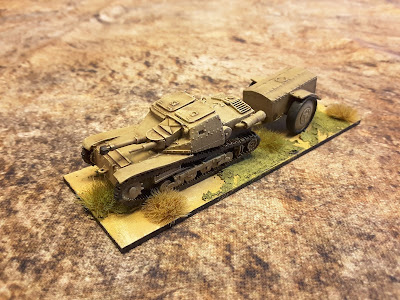 My last post covered my recent additions to my 28mm early war British Forces, also hiding in my Box of Earthly Delights were these little chaps for their opponents. 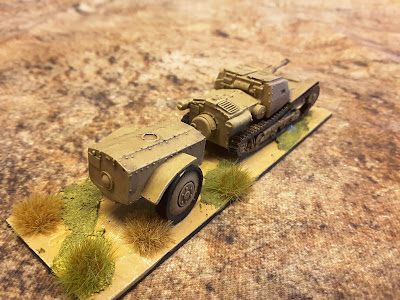 First up is this CV33 Lanciafiamme sold by Empress Miniatures, a really nicely detailed model made all in metal. I normally don’t base my vehicles but couldn’t see a way forward with this two part „tank“ so I opted for the added strength of an mdf base to keep the tank and fuel trailer together. 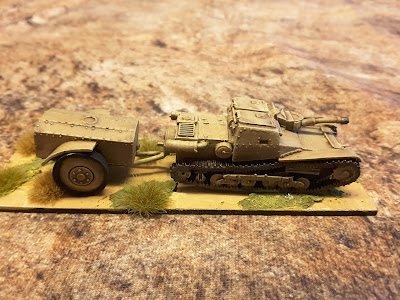 How they got anyone to go in one of these I have no idea, not only are you in one of the worst tanks of WW2, just to add to the excitement there is 110 gallons of explosive juice a few feet behind you. Brave boys. 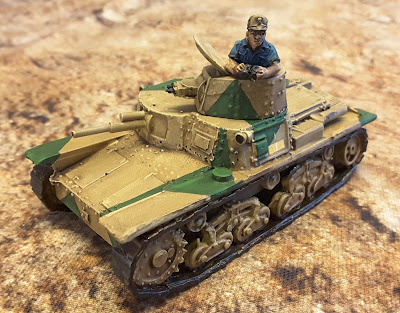 Next up is this M11/39 which I picked up from the Wargames Command Post eBay fire sale for near enough half price. A fairly poor tank even by Italian standards but compared to the CV33 and CV35 it was a big improvement. 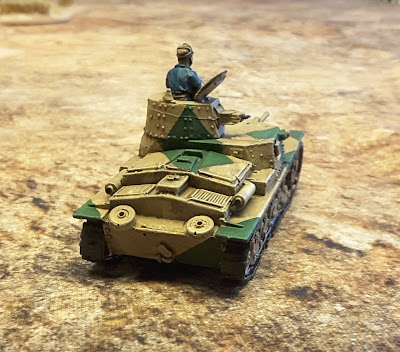 The model itself is from Company B made from Resin with metal parts. The Commander is from the Perrys. The camo on the tank is a fairly bright green but all the references to the vehicle show it that way.

Fairly common in Op Compass they remained around in the Desert for a while as Command Tanks perfect for our Compass to Crusader time line. 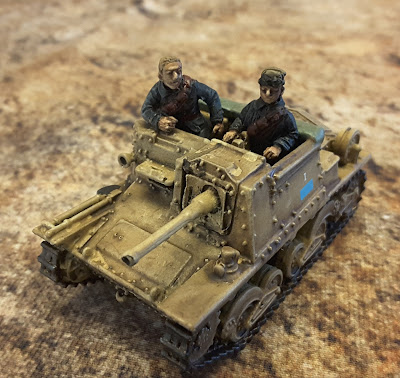 And finally is this little Blitzkrieg Miniatures beauty, a Semovente 47/32 which was purchased by one of our group as a birthday present from the York show earlier this year. It kind of fits in our time period in that the first ones were built in 1941 however it doesn’t look as if they arrived in North Africa until Feb 43 (therefore therefore outside our gaming time frame). 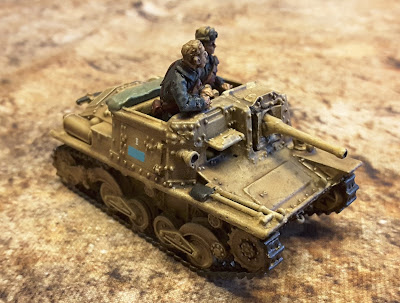 It would have been a reasonable vehicle in 41 but by 43 it would have struggled to be effective. I have added a couple of figs to the vehicle to bring it to life. So there we have the Italian reinforcements, I can hear the British quivering in fear already !

On the paint table at the moment are the last of my Hanoverian Cavalry for Minden who are being based and 2 units of Knights for the Crusades Project who have the horses being done.