Bag the Blenheims Back to the Drawing Board 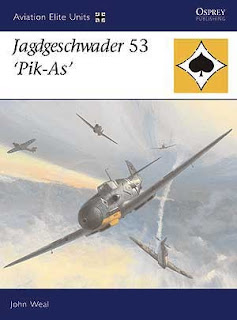 I’ve had yet another re-think about the Bag the Blenheims scenario today, based on some more background research, this time using the Osprey Aviation Jagdgeschwader 53 ‚Pik As‘ book. As I already suspected the Bf-109F4’s of JG53 retained their Eastern Front temperate camouflage when they were re-deployed to Sicily in December 1941, apart from repainting the theatre band from yellow to white. This means that my desert scheme Bf-109F4 Trop’s will stand out like a sore thumb to anyone who has an interest in the air war over Malta, of which there’s always bound to be one!
In addition the first combat flight by JG53 didn’t occur until the 19th December 1941, which is five full days after the supposed scenario date, largely due to the terrible weather, which just adds yet another complication to the whole set up as it will really mess with the visibility and I was hoping to avoid then complication of any bogeys or spotting. At the same time, the Italian pilots of 73 Squadriglia had left Sicily on the 3rd December to re-equip with new Mc202’s, which goes some way to explain why the No185 Squadron ORB states that things were ‚really quiet‘ at the time. This clearly makes a nonsense of the semi-historical setting idea, so it’s back to the drawing board for an alternative approach. 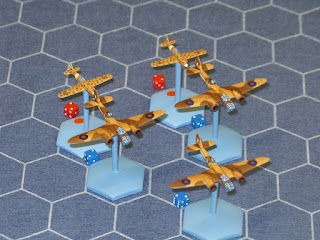 So, after a bit more thought, it’s back to Plan A but with a different twist to pull all the strands into a barely historical scenario but one which might have happened, still using the real pilot identities for all the factions but setting the action back in November at an unspecified but feasible date. I will use the same flexible set up but with only the Italians flying for the Axis, in a scaleable force of either two or three sections, with the RAF in a similar single flight format or two sections, albeit with the option to fly only one section if needs be. I can always adjust the game to size when I know how many have signed up for it after all.
After all of that curfuffle, the basic scenario and objectives will be the same, Bag the Blenheims! I did think of just using another of my published scenarios off the shelf, Lightning Strike, which is set in October 1941 and did actually happen. It uses the same aircraft and also features No185 Squadron and 73 Squadriglia, but it is just a dogfight without any bombers involved, so wouldn’t be so much fun. If I had the time, I’d probably write a new scenario and paint up some new aircraft for it too but, as the clock is ticking, I think I’ll stick to my guns and just re-write what I’ve already got ready to use.