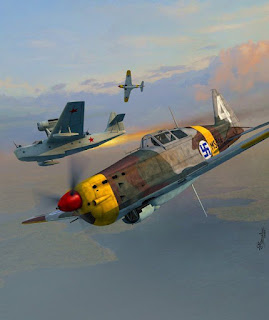 I have been reading about the various aerial actions of the Winter War and Continuation War lately, trawling through various Osprey Aircraft titles for inspiration. As I was reading, I found several potential scenarios involving Soviet reconnaissance aircraft including the famous Polikarpov PO2, the slightly less well known Polikarpov R-5 and even the MBR-2 flying boat, which was the Soviet equivalent of the Supermarine Walrus.
I didn’t think any of these existed in 1/300th scale but found all three in the Heroics and Ros range, which used to be manufactured by Navwar. I don’t know what the quality of these models is like but they weren’t expensive and I only need one of each for a decent game, so I decided to give them a go. I’ll do a review when they arrive but I’m off on holiday next week so it may be a while before I get round to it.