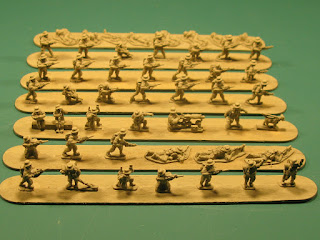 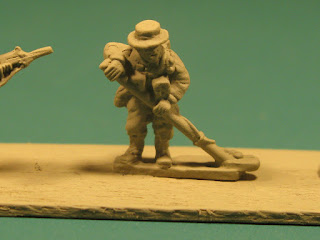 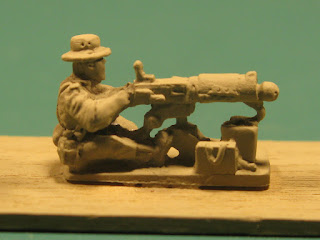 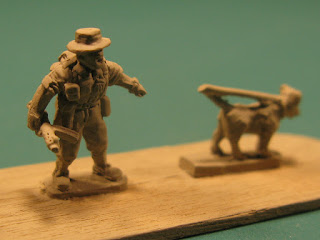 I cleaned up and undercoated the British infantry platoon for the Sandbox Skirmish project yesterday. In the process, I decided to add a dog handler using a spare crew figure, a Sterling SMG from MJ Miniatures and a dog from a Peter Pig Vietnam figure. I also added an engineer with a mine detector and a Vickers MMG, with simple head swaps using the modern bush hat heads pack and a couple of WW2 British figures.
All of these have been undercoated in Halfords Ultra Matt Khaki, ready for some blocking in, although I’m wondering if an overall ink wash might be good idea first? I’m also thinking of giving the platoon an identity of some sort but it’s a toss up between the Royal Marines or the Somerset and Cornwall Light Infantry, both of which were deployed to Aden in the mid-1960’s? Answers on a post card please!