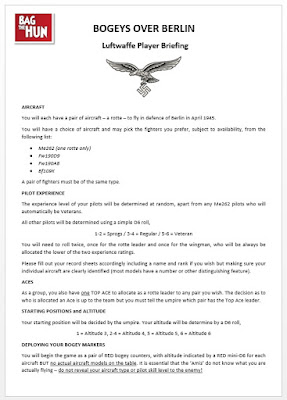 I’ve reformatted the player briefings for the Lard Day Bogeys Over Berlin playtest game, so that it’s designed for a six player set up rather than a larger number. This has meant reducing the number of Aces for each side from two to one and adding some Sprogs to the initial pilot experience dice rolls, so that they’re included in the game play, which usually leads to all sorts of chaos when they fail their manoeuvre tests. I’ve also added the P-38J Lightning to the USAAF aircraft smorgasbord, as I have two half painted models that I can quickly knock out before the play test. 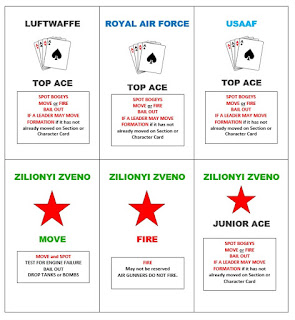 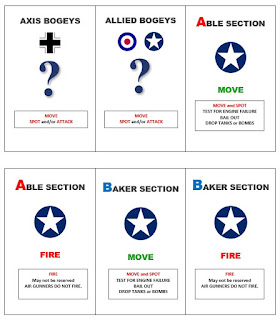 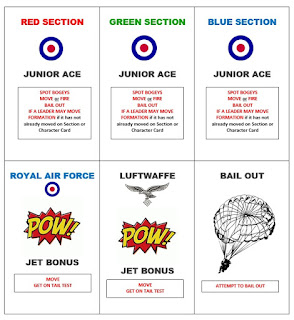 I’ve also redesigned the turn cards to include the options and choices available to the players for each type of card, which I’ve seen featured on other card decks produced for Bag the Hun. To be honest, I don’t know why I didn’t do this before as it seems like a pretty obvious step to make game play a bit less confusing for the participants. The cards are still fairly basic but I’ve found that this actually helps the game run smoothly, as the card graphics are colour coded, very simple and avoid any confusion. I’ll print them out in colour and laminate them after I’ve stuck them down to postcard for extra durability.
Tally Ho!