20. August 2017Blogs INTComments: 0
After what seems like weeks, finally some paint time and some extra’s for the Haitian Project a small skirmish unit of Chasseurs Ste Domingue from Trent Miniatures. 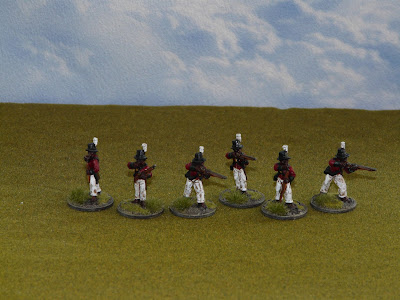 As these forces begin to take shape I have been thinking about how I might pull the various forces together, I figured on creating a Maroon/Slave force from the early days of the rebellion and at the same time construct a conscript force made made up of free men, which could be used to surpress the slave force or both could face off against British, Spanish or French opponents. 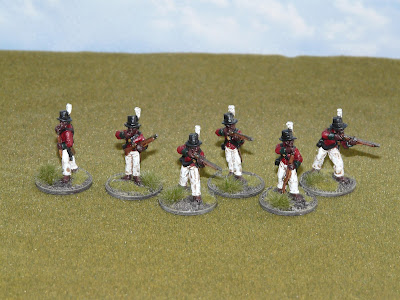 I created the following stats for these fine fellows within the Sharp Practe 2 rules.

Moveable DP – May be selected as a support option.
Tactical – Can perform Ambuscade when two cards are available.
No Bayonets – These troops are at a disadvantage in Fisticuffs.
The Chasseurs can be used to hunt down escaped slaves and members of the Maroon bands hiding in the mountains of Haiti or defend the island from the invading British.