I picked up a pack of Victrix British Foot artillery while I was still living in Wisconsin, so these figures have sat in the backlog for quite some time. 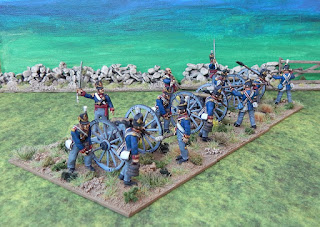 I assembled everything months ago when I first got back to the UK, but was very disappointed with the quality of these models, the sculpts are poor and little thought seems to be given to the molding process so there are terrible join lines were there really should not be. 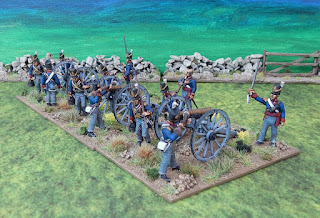 The recent game against Steve revealed that the Anglo-allies could really use another battery of artillery, so, I gritted my teeth and set to. The result is Cleeves‘ Battery of the Kings German Legion Foot Artillery that was attached to Altens 3rd Division of I Corps. 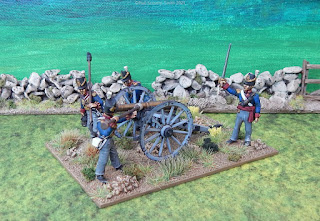 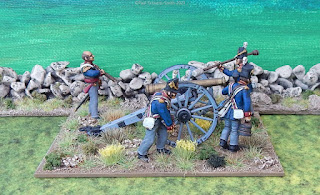 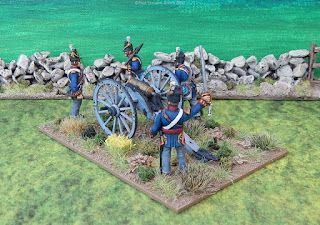 Not only are the figures very poorly designed, they are also extremely fragile, of the three examples of the chap in the photo below, two of the shafts broke during assembly, they refuse to stick back together so were foreshortened and drilled as seen on the other guns. The third one seen here broke once and was stuck back together, had a final shatter while being put away in their boxes. A scabbard and a ramrod has suffered similar damage. 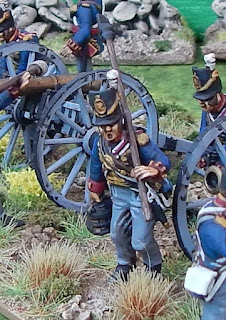 I don’t think these models will survive many battles before they become a pile of bits.

In, probably unlikely event, that these are used for a Sharp Practice game I painted up some spare gunners. 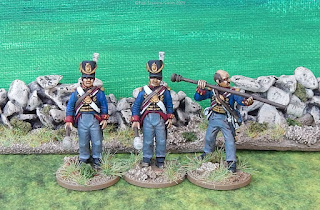 I think I’ll stick to Perry in the future.