28. November 2017Blogs DEComments: 0
In our last game, the Opfor units suffered a resounding defeat at the hands of a US mechanized detachment suppressing and outflanking them in a forward defense position. 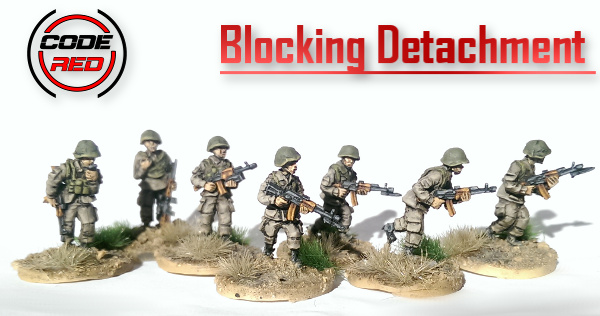 After this rather one-sided game, we decided to play the game in reversed roles. I would take over Opfor and have my friend attack.

I have to admit I was a bit anxious – after all, I had to prove that the forces and setup were balanced and that the shortcoming of both sides could be overcome….

To be fair, I had a bit of… premonition… on the challenges of defense from the first game, but so had my friend with the attacking force.

After changing sides, I analysed potential improvements on the defenders deployment.
I chose to deploy further back.

This granted me the advantage of hard cover over just soft cover and would make my troops harder t kill. I also deployed the vehicles further back to employ them on my terms against the superior Bradley. 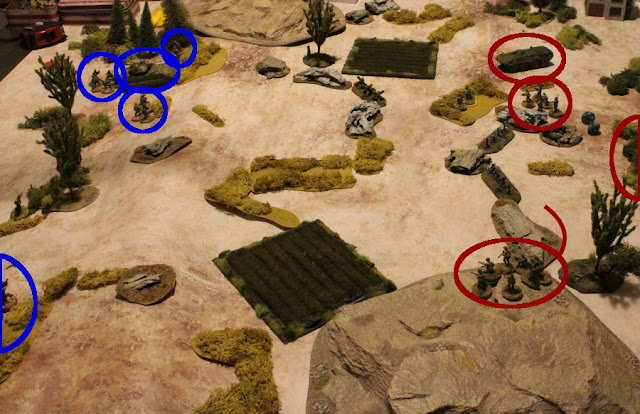 My friend deployed heavily on the left side, with one fireteam mounted on the Bradley for a potentially quick attack. He deployed a single fireteam on the right.

With the first few actions we moved some troops around to no major effect. I brought by BTR into position to soften up the infantry fireteam in the centre (below the Bradley) without getting shot by the US IFV.

I also moved my troops further into the rocks on my left (US right) to contest any advance into my flank.

Most importantly however, I detached an AT group from my squad in the centre, had it advance and shoot on the Bradley. At first, to no effect, as the initial shot missed… 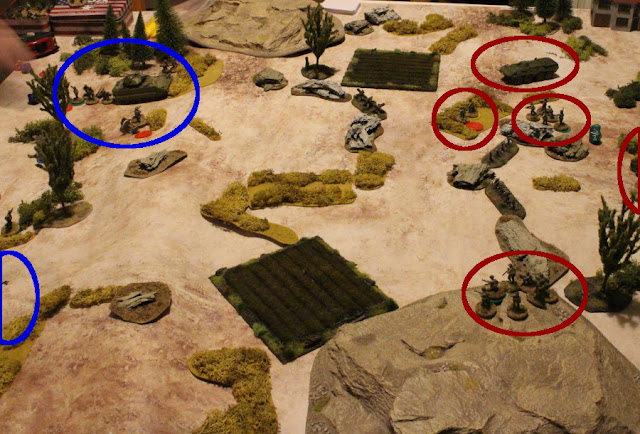 The US counter fire was punishing to the units morale, but so far I suffered no losses.

The game came to a quick closure as the second shot hit despite my unit being rattled by morale effects. The Bradley went up in flames and with it the only weapon system available to the US forces that could effectively engage my BTRs. 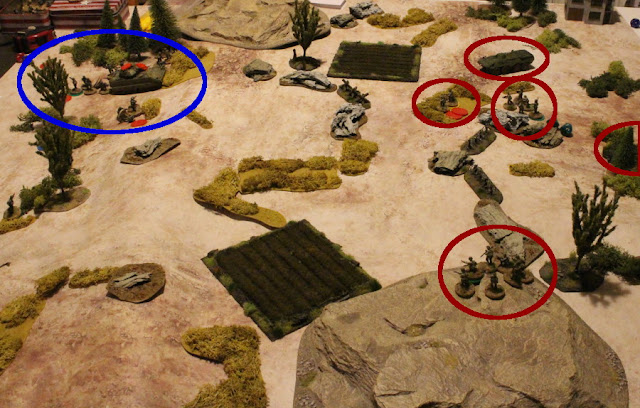 In this situation of desparation, we uncovered why it is never good to base a game mechanic that determines the winner of the scenario on rolling dice –  however unlikely!

Fed up with the situation, my friend decided that rolling 6 successes on 6 dice was his best choice and he of course made the roll.

We shook hands, fully aware that the official victory was for Opfor – anything else is imperialist propaganda – and decided to change that silly rule to a deterministic check.

As you can see, the first game was not predetermined to be a clear victory for the US Forces – with a different deployment and by using troops in a different way  combined with a bit of luck Opfor was able to strike a blow against the attacker that he had difficulty to recover from.

Again, if you like to download the Quickstart rules and get to know the rules for yourself – check them out on my website (klick the icon above or the link)

We didn´t take pictures on the third game – after some tweaks to armored combat we had a violent engagement between Western-Style Cold War Forces of Defendaria  holding out against the Soviet-Style attackers of Aggresistan. Many vehicles blew up  and it was a close and fun game  🙂