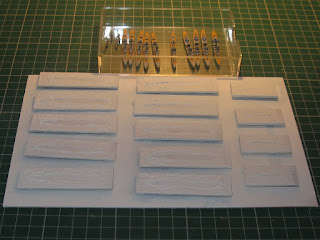 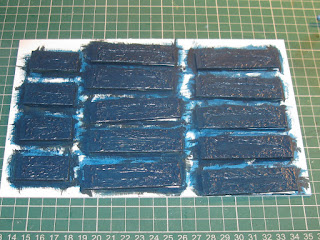 For various reasons I didn’t have time for a naval game yesterday but I did make some further progress with the WW2 1/3000th scale re-basing project, having mucked up the light cruisers earlier in the week. I’ve now produced new bases for the light cruisers which are currently being painted and should be finished by the end of the day, alongside four submarines that I thought I might as well get sorted. 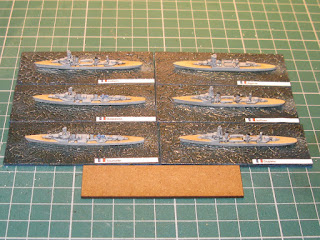 In other news, my laser cut 80mm x 20mm bases turned up in the post, so I can now start re-basing the six heavy cruisers to complete the half term project. Although I have a few more unpainted models for the French including the Dunkerque and another destroyer flotilla, the aim will now be to paint either a British, Italian or Japanese fleet as opposition, just not quite yet as I have other things on the go.

« Asphodel Complex – A TTRPG that takes you to hell and back.8. Edi ausgereizt »
➤
Anzeige: