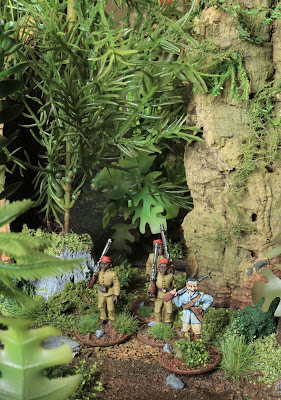 So having successfully completed my ‚blocking terrain‘ it was time to move on to the Dangerous Terrain, specified in the Congo rules.  Dangerous Terrain allows the miniatures to enter it, availing themselves of greater cover saves, but they must first explore the perilous jungle.  This exploration might prove fruitless, equally untold treasures might bestow victory points on those brave enough to venture in, but danger lucks in the shadows and on the roll of a dice your plucky band of explorers might find themselves trying to throw off the tightening coils of a python or be neck deep in sucking quicksand!
What was required was a series of terrain stands that gave the impression of jungle, but allowed you to place your miniatures within them – step forward ‚Major Thomas Foolery’s War Room‘.  Chris Schuetz is a tremendous miniature painter and modeller, I find everything that he does simply irresistible, but it was his post entitled ’28mm Jungle Terrain‘ that was to provide the catalyst for my own build.  I have no intention in stealing Chris‘ thunder here, you need to see his brilliant tutorial for yourselves, but I shall indulge in a couple of my own observations. 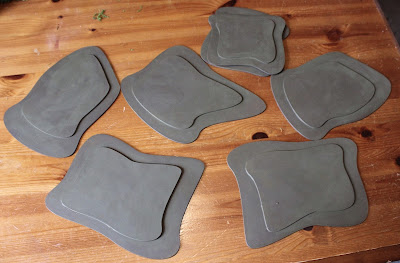 As with Chris‘ designs I wanted to base my own efforts on MDF, but fancied something a little more irregular.  Once again Tony of ‚East Riding Miniatures‘ came to my rescue.  Tony does packs of laser cut terrain templates and so I picked up a large and medium and simply stuck the corresponding shapes together before priming them.  This gave me a little relief, but at the same time keeping a sizeable playing area.  I continued to follow Chris‘ tutorial and had plenty of bits left over form the blocking terrain, however I needed to locate some of the more specialist items that he had used to complete the homage.  The first were the wonderful plastic, vivarium plants that he had simply picked up at the local pet shop.  Chris‘ post assured me they were cheap, but as I trawled Amazon and the ‚Pets at Home‘ sites, I was alarmed at how much the same product was retailing for in the UK.  The problem I faced was that I really liked the effect they brought to the piece and so persevered, widening my search.  Fortunately I stumbled across ‚Swell Reptiles‘ and my quest was over – the very same cheap plastic vivarium plants! 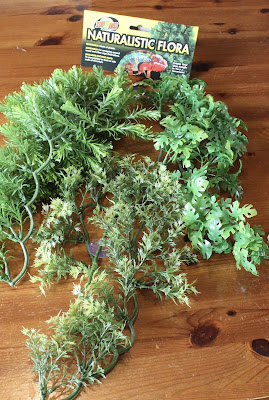 The next key material to source was the cork bark branches, but again this required a bit of a hunt around, finally arriving at the ‚The Spider Shop‘ – don’t sign up for their newsletter if you are arachnophobic!  Now sadly they seem to have stopped selling the cork bark tubes that I secured, but it might be worth contacting them if you fancy some for yourself.  I bought 2KGs worth for just under £20, not really knowing how much I would need and I can tell you now half that amount was enough for the five stands I created.  What I would add here is that if you get a chance to specify the diameter of your branches then do.  I didn’t and whilst length is not a problem, you simply saw them down, some of the wider pieces I felt were too big for my needs. 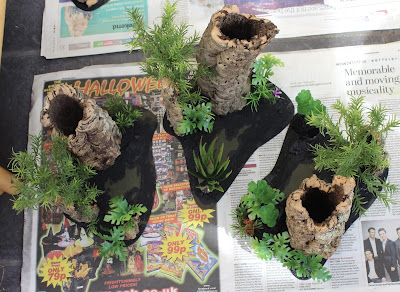 All that remained was to simply put it all together, paint and add what additional details you desired.  In my case I used the same clump foliage and flock that I had previously employed along with different tufts and some leaf litter for the interiors.  I did manage to pick up some florist’s moss roll, but struggled to use this as effectively as Chris had, partly down to my impatience, but nevertheless it does help to break the ‚bark‘ feel of the trees and helps to tie everything together nicely. 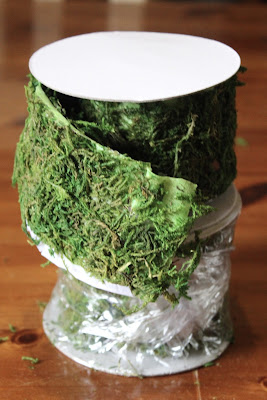 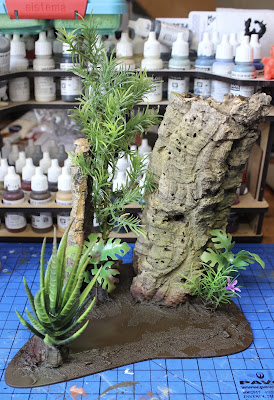 I can’t tell you how pleased I was with these and combined with the blocking terrain and the mat from ‚Deep Cut Studio‘ I was now really excited about the prospect of playing the game.  By standing on the shoulders of giants, I was able to create a tabletop jungle beyond my expectations, thank you Gentlemen! 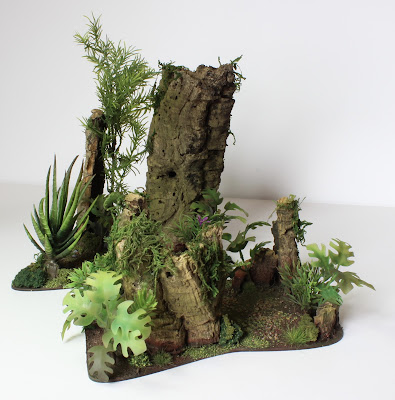 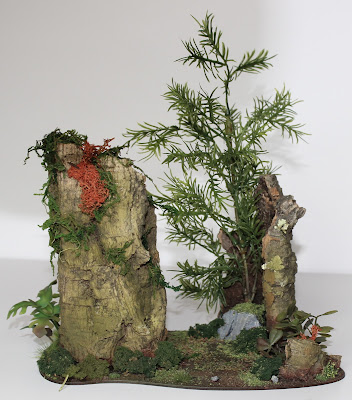 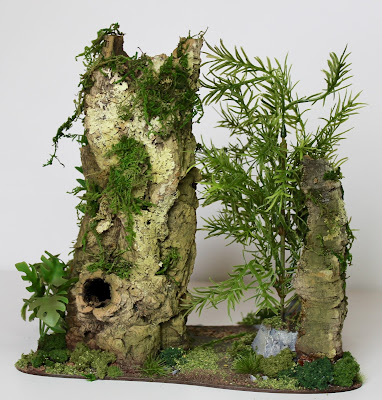 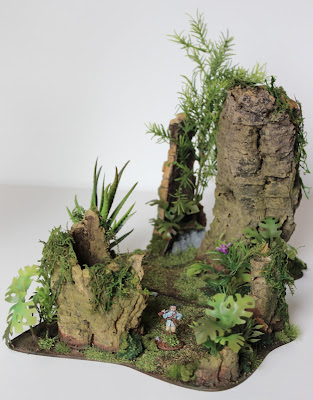 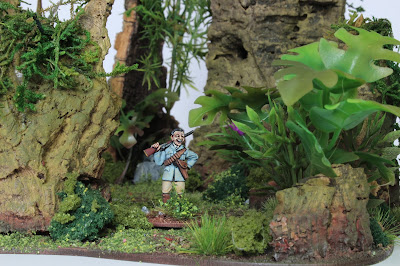 All that was left now was to get the miniatures out and see how they looked, including some very excitable dinosaurs! 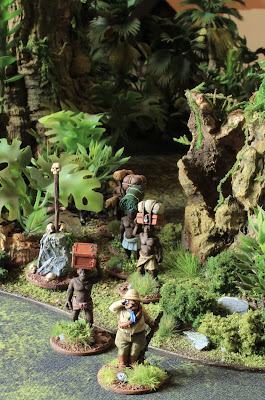 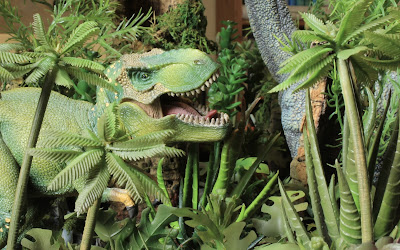