8. April 2018Blogs INTComments: 0
Mid-week gaming is back…
Gaming has been a little thin on the ground of late, what with the weather and a job which seems to have crept into game time despite the fact that I have cut my travel by over 3 hours a day.
Sometimes you just have to throw down some terrain and roll some dice….

Wednesday saw a return to the Water Margins of Yang Shan Po, with an encounter between Lin Chung and some of his 108 heroes vs local government official Kao Chiu.
Both sides looking to bloody the other and drive them from the table. 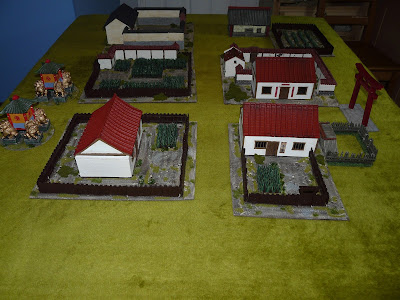 The village of shin wah – A treeless place largely due to the terrain box stuck at the back of the garage. Both forces would enter at opposite sides of the table with 24 points. 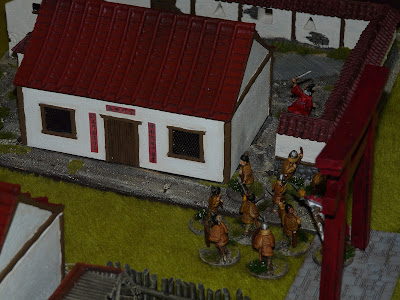 Kao Chiu leads a section of soldiers through the courtyard looking to get the drop on the slowly advancing outlaw Heroes. 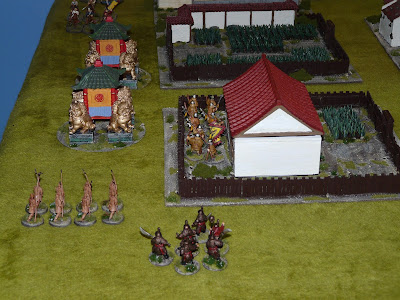 With superior dice rolls the anti-heroes move forwards, Infantry, Temple Guards and Terracotta Warriors (they had to come out of the box at some point.) 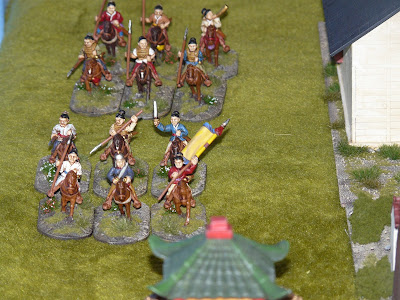 Two units of men from Yang Shan Po charge forward looking to counter the march of the clay man. 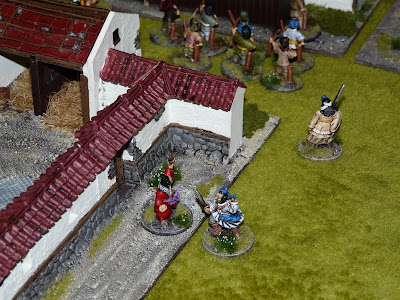 Menawhile Kao Chiu is confronted by one of our heroes as he bursts from the side gate. As Lin Chung looks long urging his archers into action. 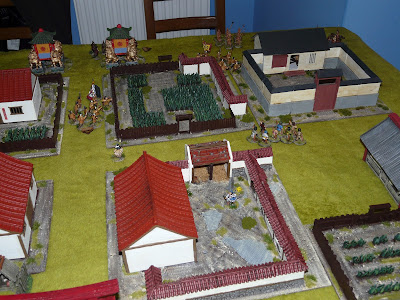 The cavalry have drawn the advancing infantry away from the middle of the table.
Meanwhile Lin Chung advances down the main road looking to take on the government soldiers having around seen Kao Chiu off. 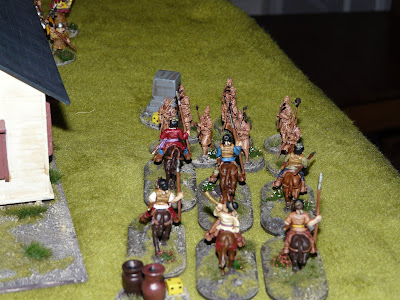 The light cavalry found themselves pinned on the table edge and forced back with little space to move they flee the table. 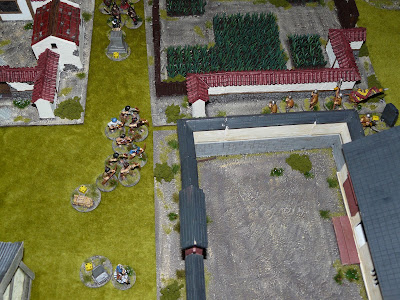 The final round. The Temple Guard are committed but are no match for Lin Chung. Whilst the Infantry are pinned in the alley way by the outlaw archers who manage to get a couple of good rounds off.
A great evenings gaming – Dragon Rampant is the perfect set of rules to pick up and put down and always gives a balanced game down to the final turn.
Now where did I put that 10 Point Dragon….