Eagle and Lion – A Fire and Sword Battle Report 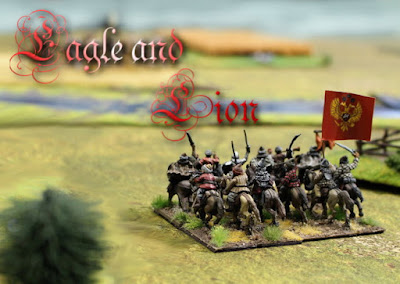 In the Dark woods of the north, a dual between Lion and Eagle takes place as two scouting parties clash on their reconnaissance mission.
A Muscovite Force led by the venerable Golova Rurik Borikov makes contact with a Swedish Detachment led by Malte Larsson.
Borikov has deployed a Group of Servant Cossacks on his right flank facing Swedish Dragoons while placing his cavalry in the centre and on the left flank.  The Swedish Deployment mirrors the Muscovite troop placement as both sides seek to contest the broken ground with infantry while sending their cavalry along the clearings in the forest and onto the ploughed fields. 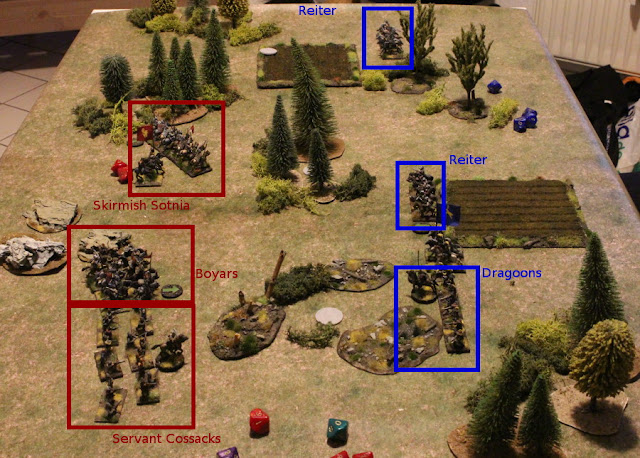 The battle commences as the two groups move towards each other.
The Swedish are first to take position and dismount close to the broken ground, using thir superior range and firepower to inflict staggering losses to the Russian Cossacks at long range. 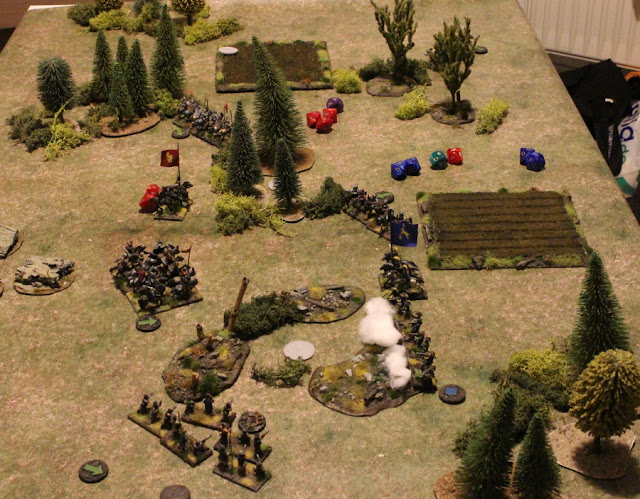 In the centre, a cavalry skirmish ensues as both sides close into melee. At this point, the swedish reiters have suffered minor losses from Muscovite Shooting.

The infantry contiues to fight over the broken ground, the Swedish Dragoons continue to inflict heavy losses on the Servant Cossacks and seriously disrupt their formation.

On his left flank the swedish commander orders the second reiter squadron to return to the centre, fearing that a collapse of his engaged Reiters might destabilize the center and endanger the dragoons. 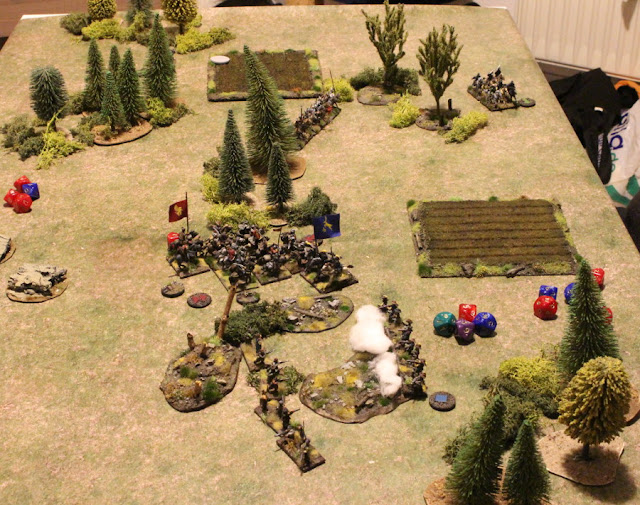 After a short melee, the Reiter squadron in the swedish center flees after suffering more losses. Their morale is broken and despite the valiant effort of Colonel Larsson the unit would not rally. 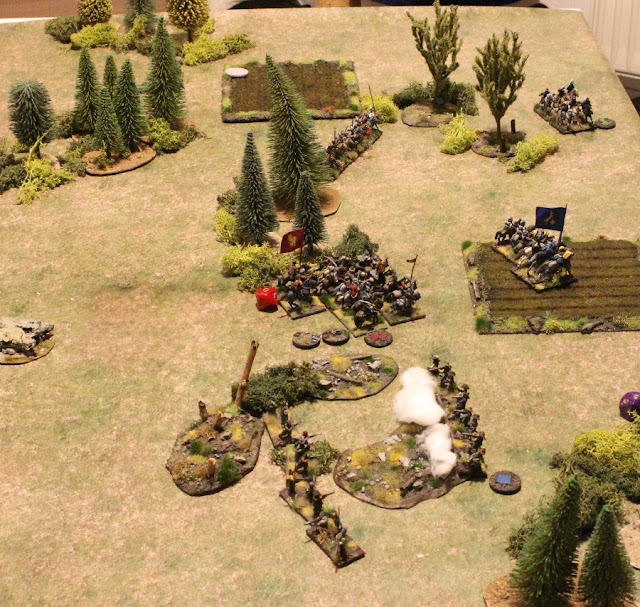 Their formations collapses after being charged in the flank, forcing Golova Borikov to commit his Boyar sons to fight the reiters instead of focussing on the dragoons.

The Swedish Dragoons are ordered forward in an attempt to dislodge the disorganized cossacks. Despite their lack of cohesion, the cossacks resist fiercly and repell the assault.
The Dragoons withdraw and try to reorganize. 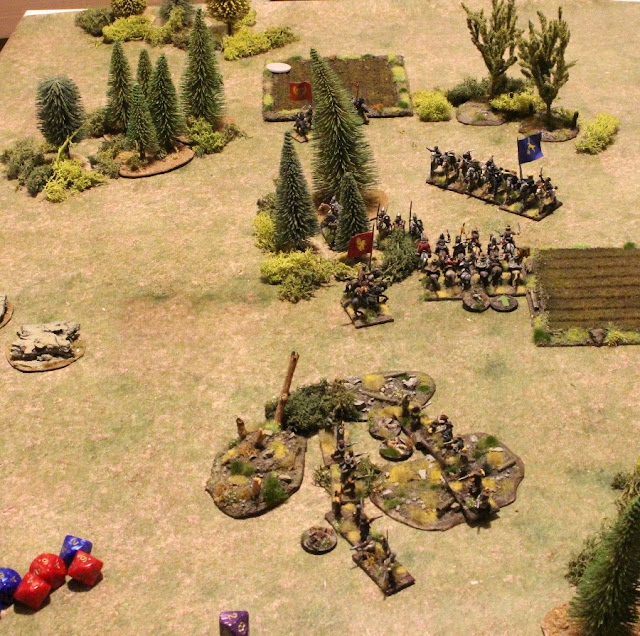 Golova Borikov succeeds in rallying the fleeing Skirmish Sotnia and suddenly the daring Swedish Reiters are faced with an assault into two units. The Reiters still charge ahead into the Skirmish Sotnia but are soon flanked by the Boyar Sons. 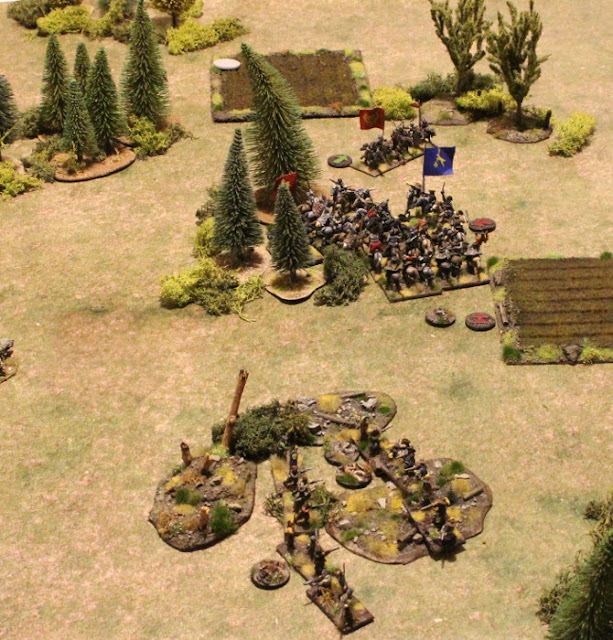 After a short melee, the reiters disengage, leaving Malte Larsson with no option but to order a general withdrawal. The Muscovites secure a tactical victory against the swedes, having scouted more objectives and only suffering minor losses. 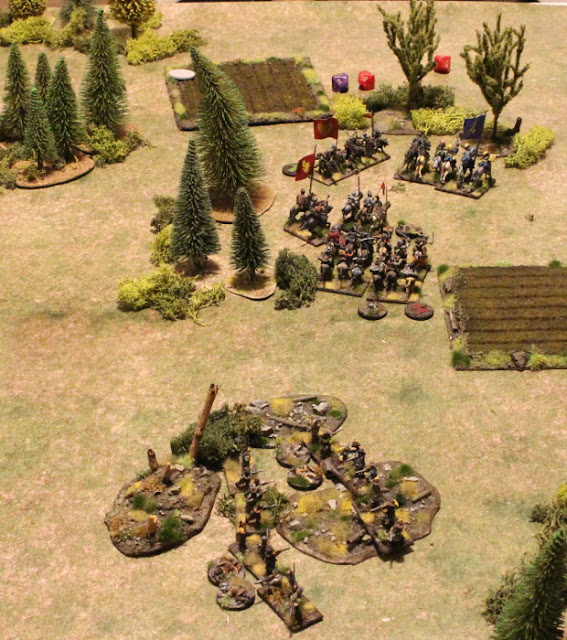