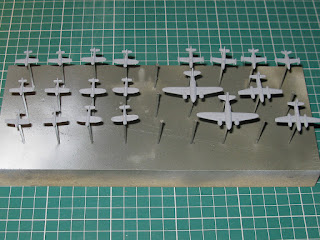 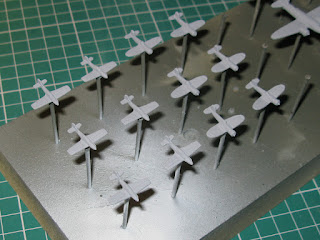 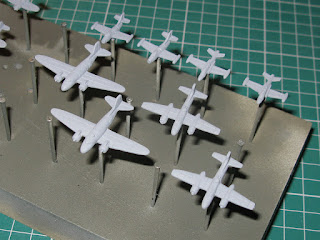 I’ve been bogged down with work today but have magnet based and undercoated all of the aircraft for the Salvadorian side in the Football War including five F-51 Mustang MkII’s, a single P-51D Mustang, six FG-1D Corsairs, two C-47’s and a few bonus ‚what if?‘ extras. These include two B-26 Invaders, which were delivered two weeks after the end of the war, so might feasibly have been involved if the conflict had continued a little longer or even ‚kicked off‘ again. 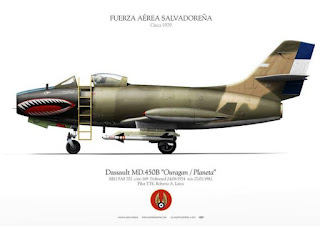 I also based up two Fouga Magisters and two Dassault Ouragans, which were acquired second hand from Israel in the early 1970’s. These could not possibly have taken part in the 1969 clash but they were in the spares box and I really like them, so why not? I suppose I could have another rummage in the spares box for some fighter jets for the FAH including some Canadair F-86 Sabres and Dassault Super Mysteres!