Everything coming up (bar) roses 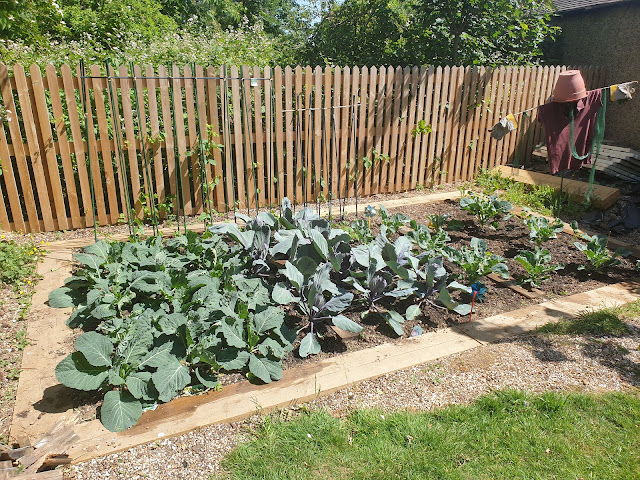 A brief digression from wargaming. The garden has been a rare beneficiary of lock down. This new bed has cabbages, red cabbages, green beans, broccoli cauliflower and a solitary courgette plant. It had previously been an abandoned play area, for at least ten years, and it’s great to see it in use. The scarecrow is there because pigeons have been at the caulis. 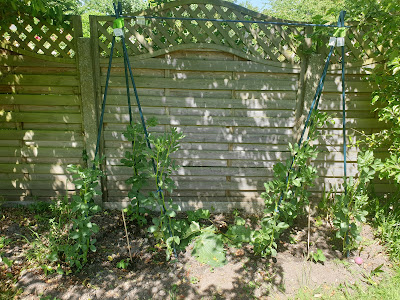 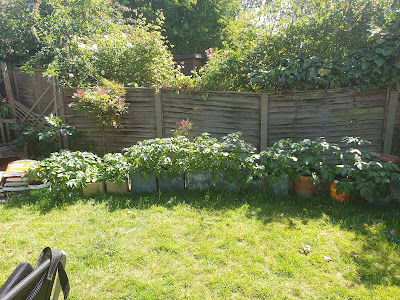 I am really chuffed with these- first crop potatoes in pots, improvised planters and a grow bag. We put a lot of potatoes in because of the food scarcities back in March. 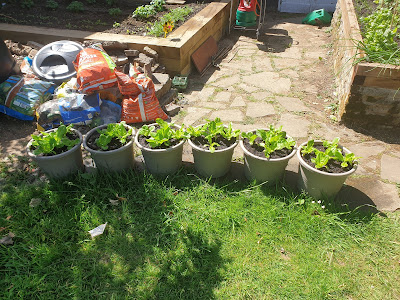 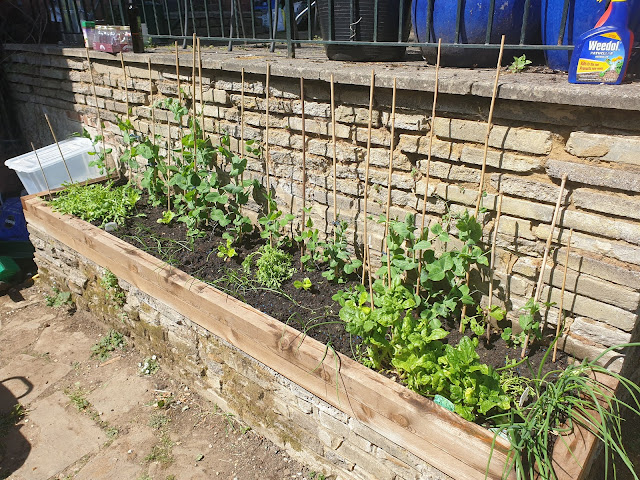 This was our original raised bed- peas, spring onions, spinach, rocket and onions. 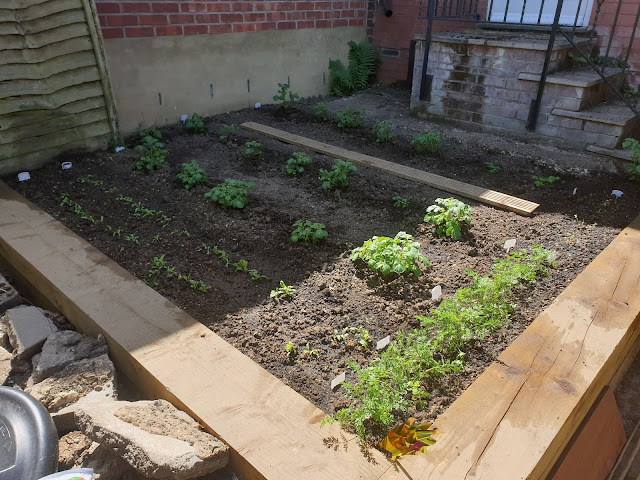 And finally the big new raised bed. This has been really exciting- I was worried that it might prove too shady, but the main crop potatoes are coming through big-time, also the carrots and spinach.
We have been assiduously watering everything every day- ten watering cans, or so. This year it’s all been about vegetables, on account of the crisis, but next year we’ll plant some flowers and possibly put in a small pond for wildlife. It’s been a whole lot of fun!