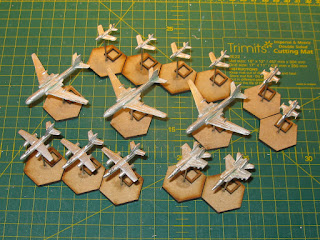 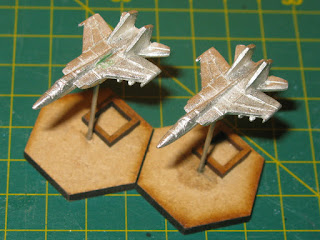 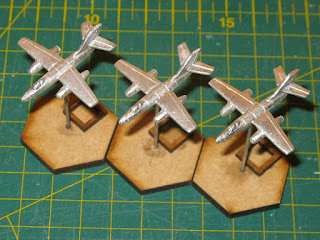 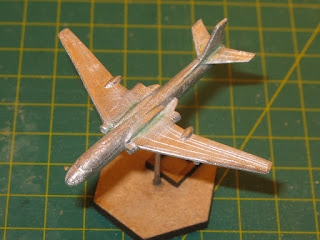 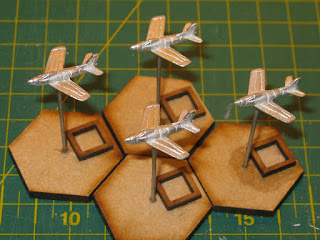 I had a bit of a disjointed day at the workbench, with various diversions dragging me away, not the least being the freezing garage and my daughters cup cake competition entry, so I didn’t get quite as much done as I hoped. However, I now have three Tu-16 heavy bombers and three more Il-16 light bombers to add to the Chinese PLAAF, four F-86D Sabre Dogs and two more F-5E Tigers to add to the Taiwanese ROCAF, together with a single Su-11 and two new MiG-25 interceptors for the Soviet PVO.
The last two were a bit of a late addition, as I managed to destroy a pair of F-5E’s by over drilling them, leaving me with a couple of spare stands to use up. I thought the MiG-25’s would be an ideal substitute and would push the Soviet PVO air defences into the mid 1970’s, which would add a little bit of a cutting edge. Unfortunately, it’s now too cold to whip out the grey spray undercoat, however, so I will have to do when the weather improves mid-week.