5. Juni 2017Hersteller ENComments: 0
Now on the Alternative Armies webstore in print and as a digital download are the great new Furioso Renaissance Wargame Rules written by Steve Danes.  These are added to our extensive 15mm miniature range for the period (15th to 17th century) and the rules can be used by any common scale of miniatures.  Go HERE.  Excellent quality and affordable.  The digital download is, as with all our digital titles, twenty percent less than the print book. 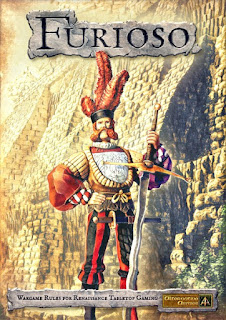 Here is a short article about the game rules written by the author which will tell you more about the system:
“Furioso is a set of wargames rules that covers European warfare in the sixteenth century. The rules allow players to fight large scale land battles with a simple to use and enjoyable gaming system. Wargaming the sixteenth century is an attractive prospect for players, it is an interesting and colourful period full of garishly dressed soldiers and colourful and exotic troop types. The period also shows signs of the beginnings of modern warfare with the introduction of the firearm and the tactical developments that went with it. Armies struggled to find a way of incorporating this new technology into traditional practises. Much time was spent experimenting and introducing new battlefield tactics – and yet the tried and tested methods of medieval warfare continued to produce spectacular victories. Few could stand against the awesome charge of the French Gendarmes nor face the ferocious onslaught of the Swiss pike-square. Despite this, warfare did evolve during this period. The arquebus and musket replaced the bow and crossbow, knights began to put aside their lances and take up the pistol. 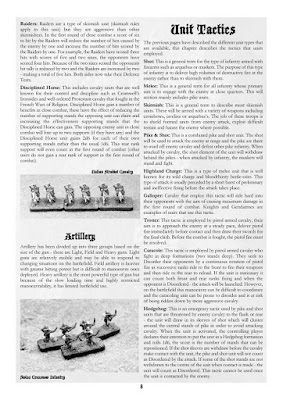 Already the nature of pike & shot warfare that would dominate the seventeenth century was already beginning to take shape by the end of this period. Furioso is designed to re-create large scale battles such as those fought at Fornovo, Cerignola, Bicocca, Dreux, Moncontour, Clontibret, Yellow Ford, Ivry – to name but a few!
Players will find themselves commanding or at least trying to command the armies of the period. Players will quickly realise that some of their forces have minds of their own. Gendarmes are likely to charge off at the earliest opportunity – even if this means an entirely unsuitable enemy in terrain not exactly suited to the fully armoured knight. 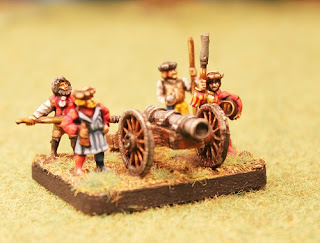 Players may wish to try and soften up an enemy before unleashing their Swiss pike squares but they will rarely get the opportunity. Impatient Swiss units are likely to have closed with the enemy before a cannon shot is fired – even if that means charging across terrain that is likely to disorder their densely packed ranks. More defensive minded players can protect their armies with extensive earthworks that will disrupt the enemies attack and provide valuable cover from enemy fire. However, players may find that the enemy are not happy to wait for these constructions to be completed and will launch surprise attacks before such works are finished. And of course, in a time when increasing numbers of mercenaries where employed, players will need to make sure that sufficient care is taken to avoid last minute pay disputes, strikes, mutiny’s and all of the other trials that would complicate the lives of sixteenth century commanders. 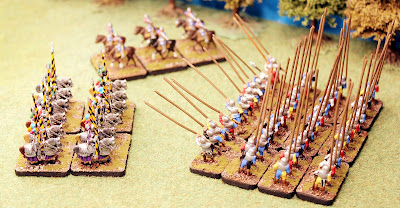 Furioso can be fought using any scale figures from 6mm to 28mm. The rules themselves have a very simple system at their heart. If you want to do anything you need to roll a d6, a score of five or more will achieve success, a score of four or lower means failure. Modifiers are applied but this is to the number of dice rolled to achieve success and not the score required. Success will therefore be measured by the number of successful scores achieved. At the start of a turn, players will roll one Initiative die for each unit, better quality and motivated units will receive a bonus to this score, poor quality unit’s a deduction. Units will be activated in sequence with the highest scoring unit going first followed buy lower scoring units – and units that score zero or less won’t be doing anything! This means that play will pass from unit to unit rather than one side activating all of their units and then the opposing side activating all of theirs. The result of this kind of mechanic means that players will have less control over their overall force and may find it difficult to execute a strategic plan – but in a period when many commanders would be personally leading their troops in to battle and fighting sword in hand in the front rank – that seems like an entirely realistic ambition for the period. 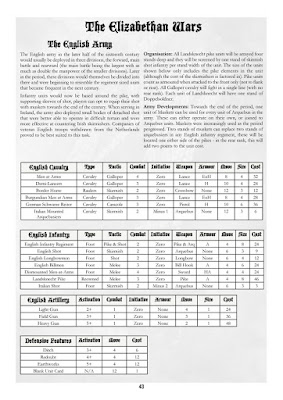 Also included in the rules is a series of random events of Hazards that cover such situations as Swiss troops striking over pay, raiding cavalry stealing an armies baggage and a whole host of other misfortunes that commonly befell armies of the period. To the rear of the rules are a number of army lists for all of the major armies of the period. Also included are unit cards for all of these units which you can copy for use. These will be used during the deployment phase of the battle so that opposing armies will have only a limited idea of their opponents composition and dispositions. And finally, we hope you enjoy playing these rules. Our intention with this game is to provide a fun and entertaining way to explore the tactical changes and challenges of the period with a healthy dose of ‘period-feel’ thrown in for good measure. We think this has been achieved – and we hope you agree too!” S.Danes 2017
Go HERE.   We hope you enjoy this new title and we will be following up upon the book with more codes next month including bases for your stands and starter armies as well.
Thanks for Reading,
GBS