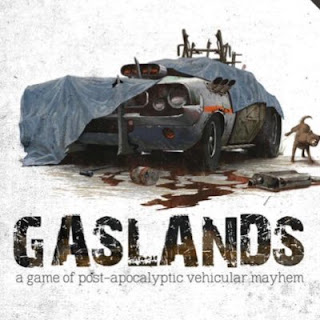 I have now received the bundle of Gaslands rules, dice and templates that I ordered a while back, so will be flicking through the book over the next couple of days. The first impression is that a simple idea, driving around shooting things and crashing, seems to have been made quite complicated, although I’m sure a playtest will make more sense of the system.
It’s definitely not as ’nuts and bolts‘ as Axles and Alloys II, which is what I’ve used before for post-apocalyptic car combat. I don’t like the background blurb either but as that’s entirely optional, I’ll just ignore it. I need to give the rules a go at some point with my existing die cast conversions but now plan to make some more, if only to have a second ‚gang‘ of road warriors to use as the opposition.
I even bought a new Hotwheels pick up in the local newsagent on the way to work this morning!