23. August 2017Blogs INTComments: 0
And hiding out in Hay on Wye….
A few days away in Hay on Wye or the „Town of Books“ as it is known to bibliophiles. Whilst it is all to easy to jump on to Amazon and within a couple of clicks you have a full basket, there is something quite satisfying about hunting down titles a little more off the beaten track.
The Internet has certainly taken it’s toll on Hay and there are far fewer book shops than I remember as a kid, there are still around 12 books shops many housing extensive military sections many of which include a number of titles never seen on a google search engine.
As the rain beats down (it is Wales) what better way to spend a sunday.
Apart from several new purchases on Egypt and Haiti which I have slipped on to the bookshelf, I spotted these tucked away in one of the less occupied areas of one of the book shops. The complete works of Alex Raymond’s -Flash Gordon what a find and perfect timing. 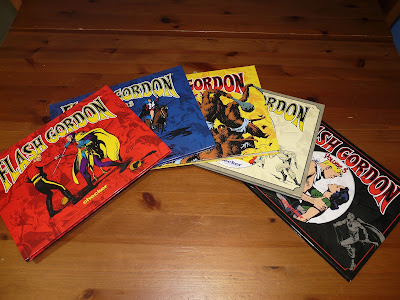 On my return home the chaps at Hydra Miniatures had delivered my latest purchases from their War Rocket Range, which I shall be using the Star Eagle Rules. 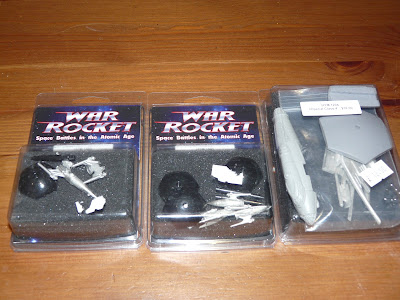 After the last brusing encounter I figured I needed something a little more bulky for Ming’s forces to defend and the Class 4 War Rocket will do just the job to represent Ajax.
I also picked up some Pirate fighters which look very slick perfect for whizzing round the table.
Settling down to read the opening episodes the first story line involves an attack by Gyro’s on the Capital. – Looks like another faction in the offing. 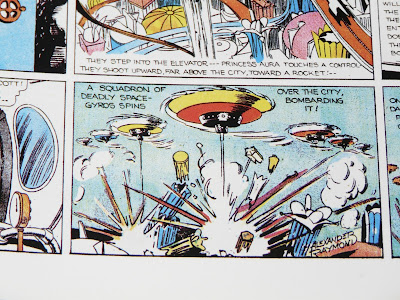