22. April 2018Blogs INTComments: 0
Two posts in two days that’s not happened for a while it must be the warm weather.
After several weeks I finally managed to push these off the production line for the Haiti project. 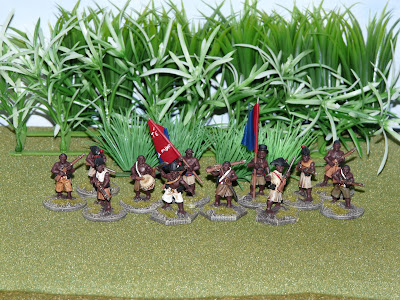 I wanted to create a body of troops that had a hint of military gear about them so they could be mixed with the Freeman forces or Insurgent armies. A number of accounts talk about the slave armies carrying drums and african pipes and being largely unclothed, so these seemed to fit the bill. 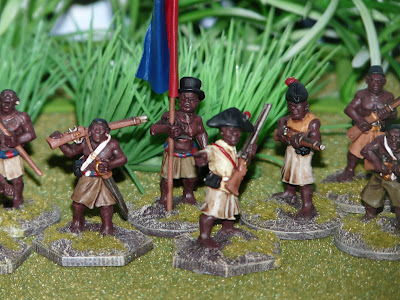 The figures are from Foundry’s Congo range, with a number of head swaps from Trent Miniatures.
I discarded a couple of the figures who were armed with more modern weapons, but add a tricorn and paint a sash and you have yourself some serious leaders to fight for a free Haiti.
The flags are home made as unsurprisingly no one makes flags for Haiti in 28mm or any scale to be fair. 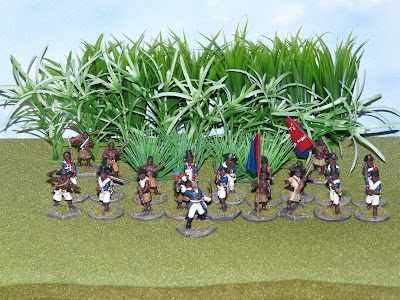 They mix reasonably well with the existing collection and will be used largely for the slave armies but could mix in with the more uniformed Haitian troops should I need to combine forces to defeat the larger British or French forces available within the club.

Perhaps the new command might be able to secure a victory for the first time.