29. Juli 2017Blogs INTComments: 0
Back from the annual holiday and plenty to crack on with after some light holiday reading, none of your pulp paper backs here… The Story of the Haitian Revolution by Laurent Dubois.
It did raise a few eye brows on the beach but well worth a read if you have a interest in the Napoleonic wars and a theatre largely ignored by mainstream wargamers. 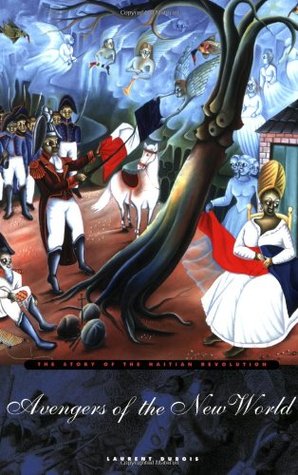 Originally a French possession, it was the most lucrative colony on earth, producing a third of the world’s sugar and more than half its coffee.
Following in the foot steps of events in France and influenced by the The Declaration of the Rights of Man the slave population rose up in 1791 and so began the largest slave revolt in history.
Over the next 13 years, the island saw civil war and an invasion of Spanish territory together with three successive attempts to re-enslave them. The first was by local planters and the French military, the second by the British, eager for seize Frances colonial assets and finally, after he took power, Napoleon tried to recapture the territory as a French colony and restore slavery.
The rebels fought against huge odds: Britain dispatched an armada of 218 ships to the Caribbean, and its troops battled for five years before withdrawing; Napoleon sent the largest force that had ever set sail from France, losing more than 50,000 soldiers to combat and disease.
All of which makes for a very interesting period to game.
Whilst I may have been technology free for a week it did give me the opportunity to consider how the Maroons (escaped slaves) might be represented on the tabletop using Sharp Practice, initially I did consider both Clan and Militia as options but figured for the early encounters I would start with conscripts as the Maroons had been living in the hills and defeated numerous events by local militia to bring them to heal.
I would welcome peoples thoughts on how they would represent them.
Hearth & Home – May improve Step out rating by 1 when at home, become Weedy Coves when fighting away from home.
Moveable DP – May be selected as a support option.
Tactical – Can perform Ambuscade when two cards are available.
No Bayonets – These troops are at a disadvantage in Fisticuffs.
Just need to put in some painting time now to get some additional units on the table.
If Dubois book was not enough the chaps over at Wargames Illustarted have just posted a teaser for an article to be published in WI 360, here’s some behind the scenes shots from their face book page.
All Trent Miniatures with a few head swaps for good measure.

It’s looking like a busy couple of months ahead…