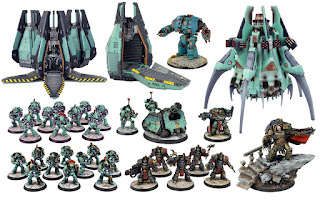 I have no doubt that a lot of you have already checked out the raffles for the NOCF this year. We have literally dozens of raffles running in order to raise a ton of money for wonderful causes (Doctors Without Borders, The International Rescue Committee, The Breast Cancer Research Foundation, and The Fisher House Foundation).
Among the offerings is this wonderful Sons of Horus army. Designed by Marc Raley, one of the 30K event leads at NOVA Open and AdeptiCon, this army is ready to hit, and hit hard! Everything is tucked away in a drop pod of some sort and ready to rain death and destruction down upon the lackeys of the False Emperor. Below are a slew of photos so you can get to see everything up close (and personal). 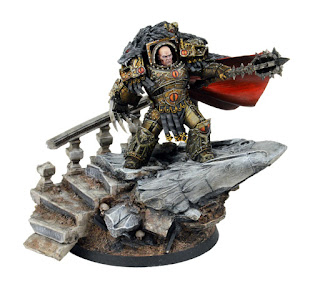 The Warmaster, Horus Lupercal, was painted by Michelle Blastenbrei. At the start of the project, Michelle asked if she could paint the Warmaster in gold armor. I’m typically a stickler for canon paint jobs on characters, but decided that when someone as talented as Michelle has an idea about creating a unique model, I should listen. As you can see, she has absolutely nailed the deep gold look that is a loud echo of Horus‘ „canon armor“ but brings new life and depth to it. 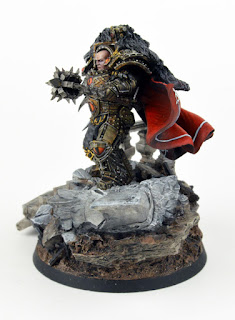 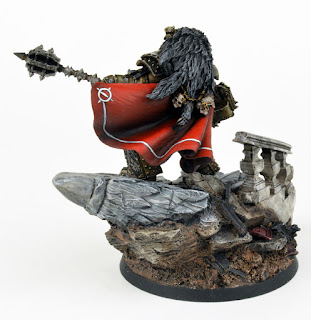 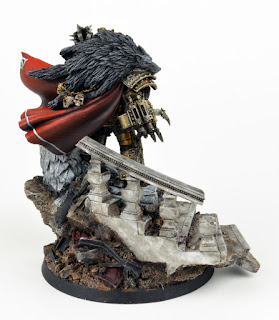 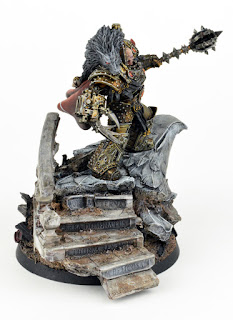 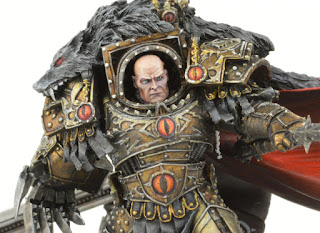 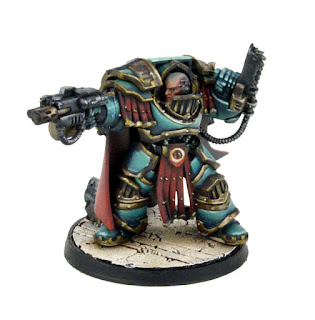 Veteran contributor Ken Webb painted up this Terminator Captain (above) and these Justerian Terminators (below). Ken was concerned about painting so much black armor on the Justerian, but he did an absolutely wonderful job.

This squad of Marines was painted by yours truly. I really enjoyed messing around with the SOH green that we chose (VPA USMC Tank Crew Green).

AJ Taflan painted up our second 10-man squad and went for a silver trim on the shoulders to help differentiate the two squads. 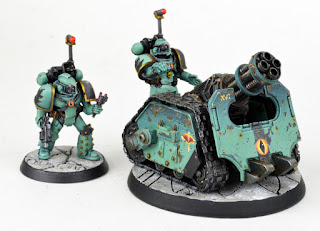 Sean Fulton painted up this Quad Mortar Rapier and did an absolutely spectacular job. Typically Sean works on one of the commanders or centerpiece models. He brought the same level of attention to this support piece AND these were the first models to arrive at my house for photography : ) 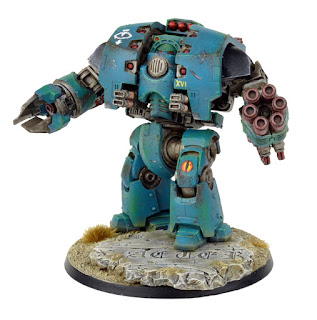 Brian Moll joined the NOCF Artists‘ Consortium this year, and knocked it out of the park with this great Leviathan Dreadnought. The weapons are all magnetized, so the winner will be able to switch in new weapons if they so choose! 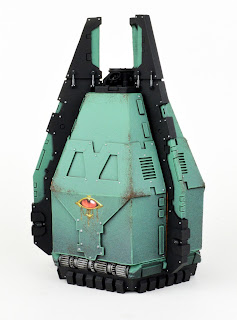 Another new member of the team, Ryan Kimmel not only painted this Dreadnought Drop Pod, but he also donated this ultra rare model when we were struggling to track one down. Thanks, Ryan! 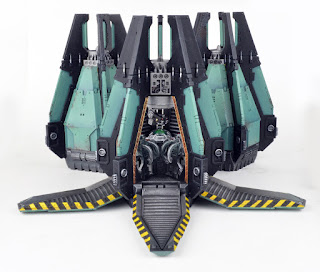 The army called for three regular Drop Pods (one for each of the Marine squads and one for the Quad Mortar). As with previous charity armies, I volunteered to paint these up too. There’s something about all those interior hazard stripes I just can’t resist (there are about 270 black stripes hand-painted on these three pods). 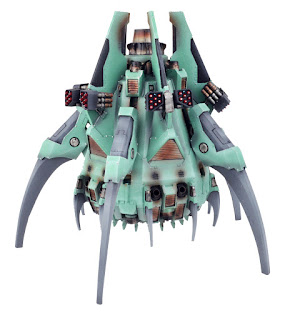 And finally, the Kharybdis Assault Claw. This monster of a kit was built and painted by Joe Johnson. Not only that, Joe used kits from Powered Play and lit the whole thing up with over 20 LEDs. Three AA batteries can be slid into the center of the pod and the engine ports start to light up. It is absolutely fantastic! 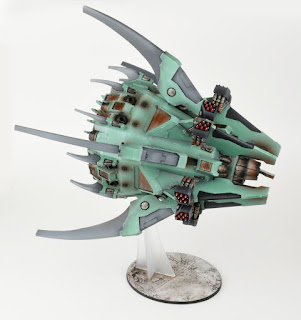 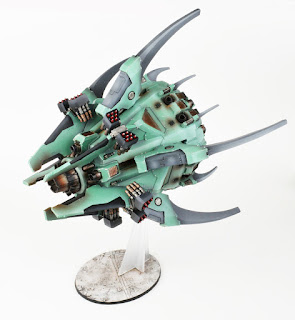 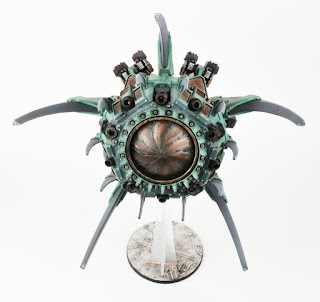 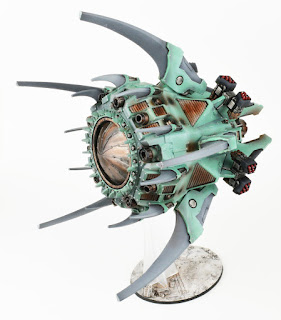 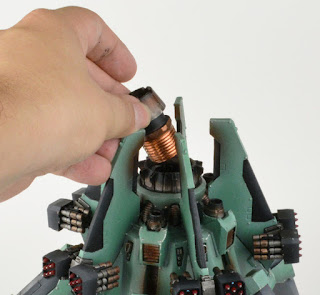 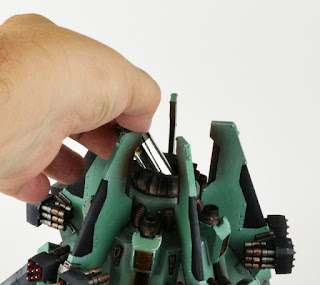 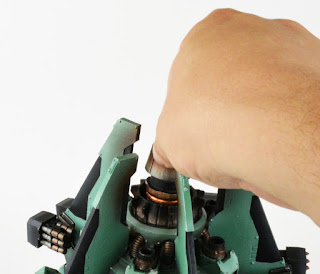 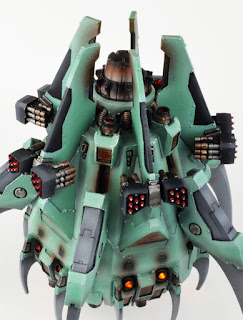 So there you have the first of two Horus Heresy armies. If you’d like to buy tickets for this army, please click HERE. And please tell all of your friends about it!