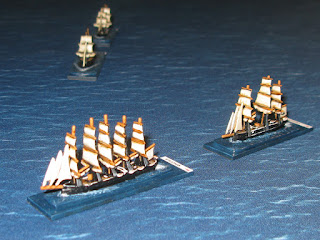 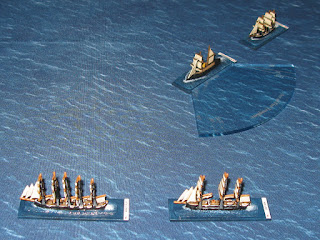 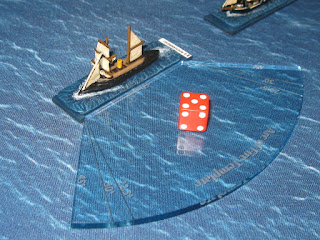 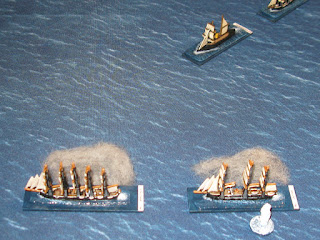 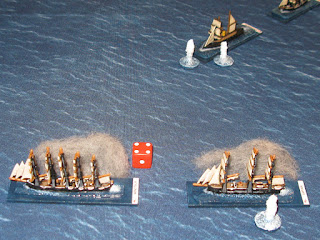 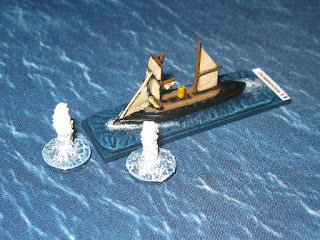 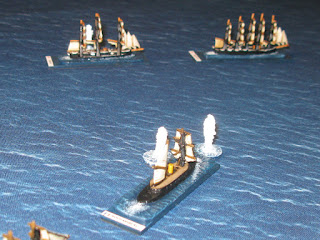 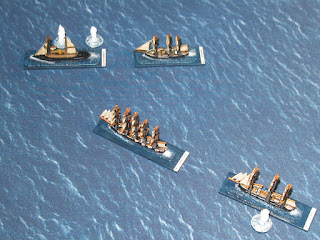 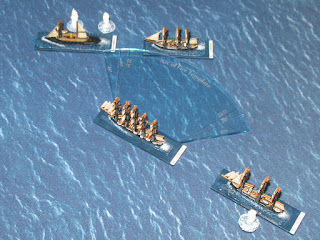 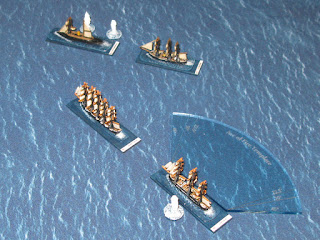 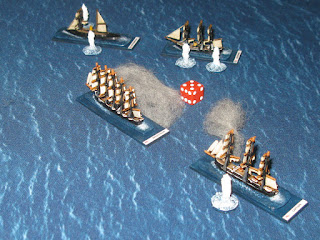 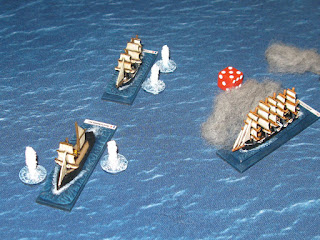 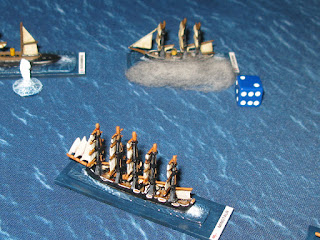 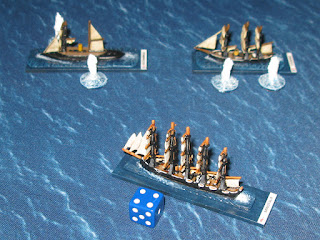 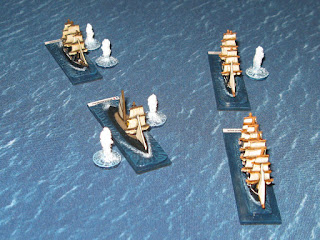 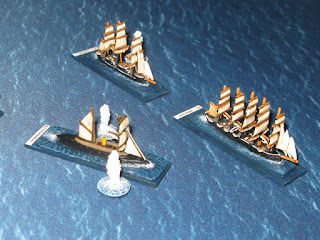 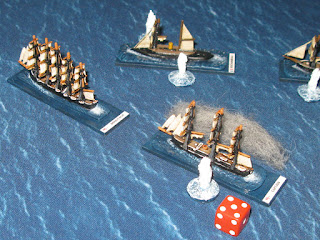 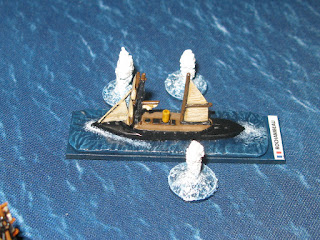 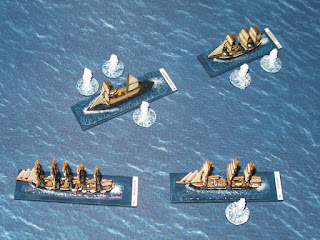 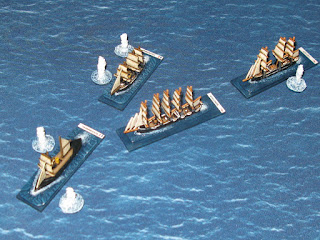 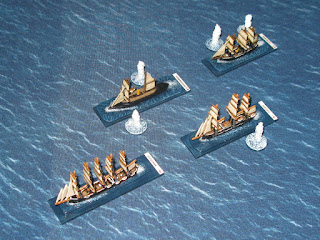 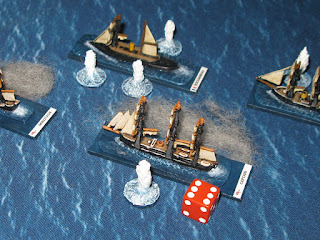 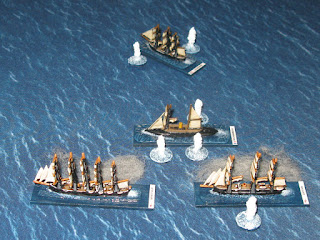 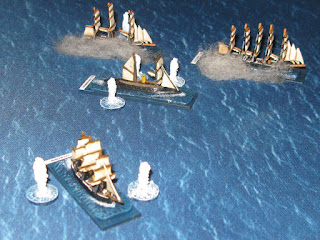 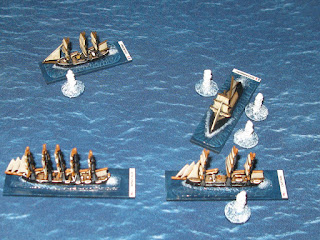 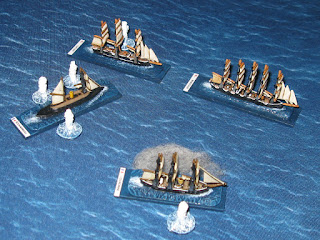 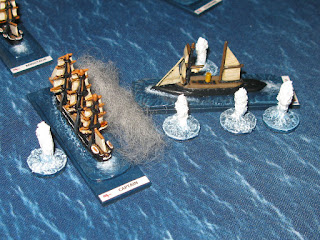 I solo played my Hunt the Rochambeau! Broadside and Ram scenario this afternoon and here’s a brief after action report of the game, in which the mighty French ironclad ram ended up at the bottom of the Atlantic after being pounded into scrap by the Royal Navy.
Turn One
In turn one, both sides advanced toward the centre of the table at maximum speed, with the French taking the lead, inflicting damage on HMS Captain but having the Rochambeau silenced by the fire of HMS Minotaur in return.
Turn Two
The French commodore (+0 AP rating) rolled low and so decided not to do any repairs and instead made a dash to escape the rapidly closing Royal Navy ironclads. The Royal Navy were having none of this and HMS Minotaur fired on Couronne, resulting in her guns being silenced. Couronne fired back (firing is simultaneous) but to no effect.
In the second half of turn two, the Royal Navy attempted to block the Rochambeau by moving forward 5“ into her path. In the gunnery phase the French were unable to fire, so the Royal Navy took the opportunity to blast the Rochambeau at close range, with HMS Captain inflicting crippling damage.
Turn Three
In Turn Three the French repaired Rochambeau from crippled to silenced then used the remaining AP to move forward only 5“, which was not enough to get them out of range of the Royal Navy. However, HMS Minotaur only managed to inflict a damaged result on Couronne, which had no effect as she was already Silenced.
In the second phase of Turn Three, the Royal Navy turned to port and cut off the escape route for the Rochambeau. The two British ironclads then opened fire at close range, resulting in a Critical Hit which luckily for the French caused no further damage, although the Rochambeau was crippled again.
Turn Four
The situation was now desperate for the Rochambeau with no hope of escape, so the Courrone was given the order to break formation and try to get away on her own. The Couronne used both AP points to repair from silenced to damaged then turned to port and moved as fast she could toward the edge of the table.
The Royal Navy ironclads now moved to cross the T of the Rochambeau and, at point blank range, blasted her to pieces. HMS Captain inflicted a crushing bombardment from her two 12“ turrets shattering the Rochambeau and leaving her sinking. HMS Minotaur failed to damage the Couronne, however, which steamed to safety.
At the end of the game, the Rochambeau was shattered and sinking, the Couronne and HMS Captain were damaged, while HMS Minotaur got off without a scratch!
Victory to the Royal Navy!
God Save the Queen.