I made it into Wargames Illustrated! 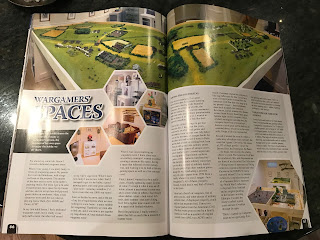 Hey all!
Well, how cool and unexpected is THIS?!
So, about a year ago, I posted on Wargames Illustrated’s Facebook page, asking if they could some day run a series on great wargames rooms.  If you’ve read this blog for a while, you know how much I love that sort of thing, and for years I had been picking through the backgrounds of photos in magazines and books, trying to see every bit of John Stallard and the Perry’s wargames rooms.  There was just always so much cool stuff packed away in there, and I was hoping some day that maybe we could have some articles that would highlight the antiques and the storage and all of the other things that I wanted to see! 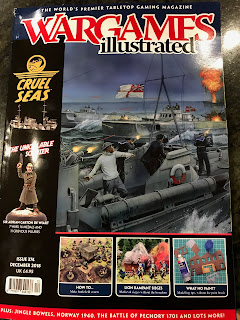 Well, eventually they did it, doing a series called „Wargamers‘ Spaces,“ featuring some GREAT spaces.  And that’s when I thought… why not write a little something up and send it along about my OWN room?  I’ve worked awfully hard on making it nice… maybe people would enjoy it?
Eventually I did this, and took some photos, and sent it along to Wayne Bollands and the WI crew, pretty sure they wouldn’t want some article from some nobody, but at least I’d have the fun of writing it.
And lo and behold, I get an email from them saying they’d like to send me a copy of the December issue of WI, because I had contributed to it!  I had?  Oh, I HAD!  How great!
Anyway… it is really one of the great thrills of my wargaming life, and I hope people enjoy the article.  And if you have any other questions or want specific photos of specific things, please do let me know!
Now I just need a second copy so I can cut the pages out and frame them…. don’t make fun, it’s a big deal for me!:) 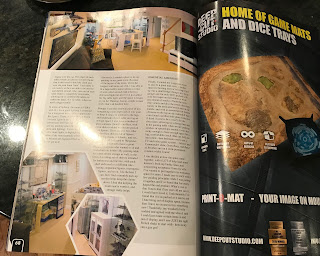