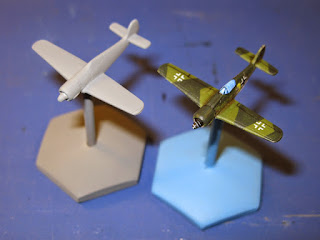 I looked at my three quarters completed 15mm Sci-Fi army today and thought it didn’t float my boat. As a result, I’ve shoved it to one side to do something more inspiring in the last week of the holidays and beyond. After a bit of a rummage and some deep thought, I decided to have a crack at a project that I started on a couple of years ago but didn’t get beyond the first stages. This is another of my Bag the Hun projects, possibly my favourite and most long lasting wargaming interest, which is focussed on mid war, cross channel operations by RAF No234 Squadron Westland Whirlwinds. 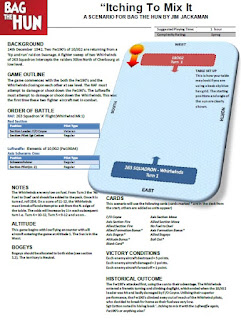 I need some opposition for the RAF to be shot down by and started to convert some lovely Museum Miniatures FW190A8’s into the earlier A3 / A4 variant, which primarily involved cutting off and sanding down the cannon blisters on the cowling. I did four of these and then used the undercoated models for some scenario testing, subsequently published in the 2016  TFL Summer Special, before putting them back in the box. I found these aircraft and the other eight that I didn’t do, in the relevant storage box today, so I am going to convert the rest and then paint them up. 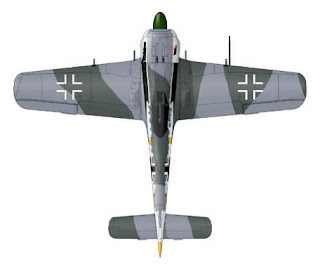 The unit they will be painted as will by III/JG2 ‚Richtofen‘, which flew the FW190A4 from airfields in NW France between late 1942 and late 1943. This means they will not only have a cool eagle motif on the fuselage, if I can pull it off, but will also be useable for bomber interception scenarios as well as fighter sweeps over the Channel. The paint scheme is relatively simple as it mainly consists of various shades of grey and a bit of mottling, so I don’t think they will be too complicated to paint, apart from the aforementioned motif.
I’ll get cracking on them this afternoon, along with a single Museum Miniatures Ju88D for long range recce missions over the Western Approaches. This will be useful at Spitfire bait and as something for the Fw190’s to protect, not that it couldn’t do a good job of protecting itself, or running away for that matter. I haven’t painted any 1/285th scale aircraft for quite a while, so it will be interesting to see if I can get my painting mojo back again after so long. I am looking forward to having a go, nonetheless, although I doubt I’ll get them finished by this time next week?