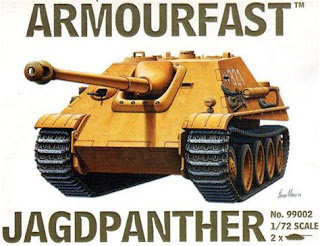 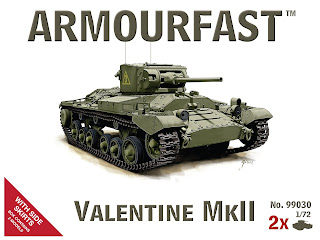 I have just won a single sprue of an Armourfast Jagdpanther to add to the German tank force that I’m assembling. Huzzah! I’ve wanted one of these all along but couldn’t justify the cost of a full kit of two tank destroyer models when they were relatively rare. I can use the leftover spare bits from the Panther detailing set to tart up the single Jagdpanther too. I’ll aim to paint it up in a winter scheme a bit like this one: 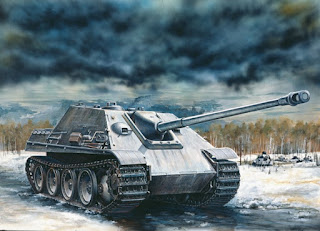 As a bonus, the auction came with a single sprue for a Valentine MkII, which I can use for my Soviet force as a recce tank, which is how the Russians decided to use them right up to the end of the war. It was a bargain as well, with each tank costing only £2.49, so well under the normal ticket price. I now have more than enough kits for both the Russians and the Germans, which doesn’t mean I won’t be tempted to get some more…

…and this was supposed to be a small project?!