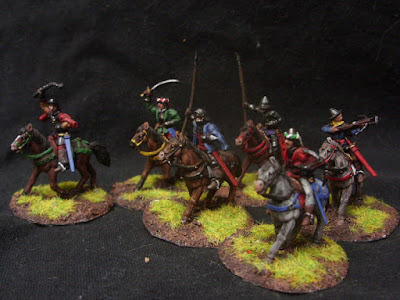 All painted OOB apart from the two crossbowmen. One held the crossbow vertically so it had to be freed from the Hand holding it and turned to a more realistic angle.
The other was missing the  bottom arm of the crossbow so a paper clip had to be cut and shaped to replace it. Over at PSR they write;

„Finally there is another crossbowman who also holds his weapon vertically, and might seem a bit better as he is clearly not about to shoot it, yet the bow is obviously at full tension, so again we worried about why the bow was fully set, yet not being used and with no bolt loaded“.

To me, it looks like he is in the act of loading. He  has spanned his crossbow and is now reaching into his quiver to to take out a bolt. 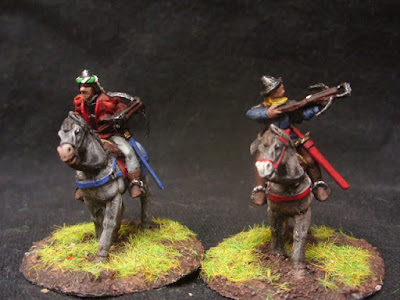 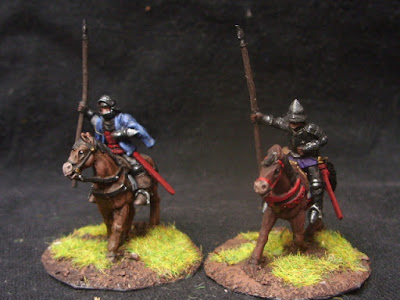 One Thing I´ve forgotton to mention, as has PSR, all the RedBox medieval Light cav sets..the Bridles. Every one of the nags is missing the nose band. There are contemporary medieval paintings showing bridles without the nose strap but they aren´t that common compared to ones with a nose strap. Also, it appears that the nose strap is left off mostly on early medieval depictions of nags but not always..the Bayeaux Tapestry for example.
Anyway..I painted them on. 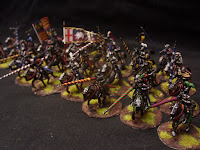 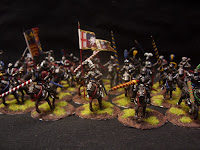 The „Lights“ (excluding the Hobelars) 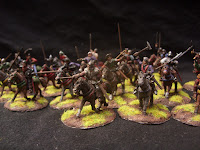 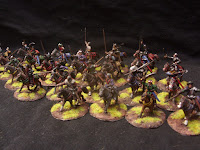 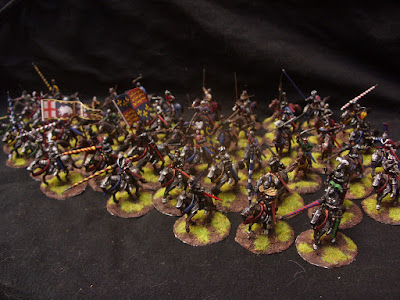 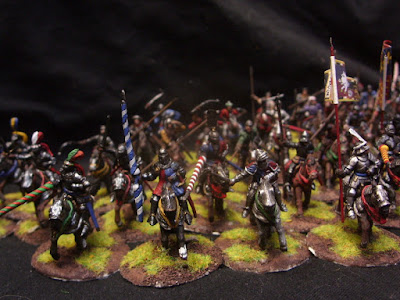 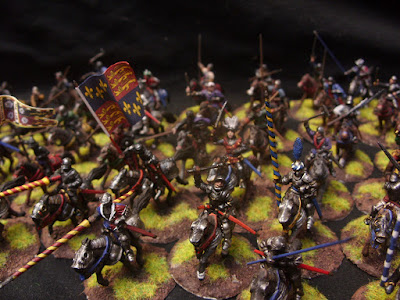 *I´ve got a few more from Tumbling dice to be added.