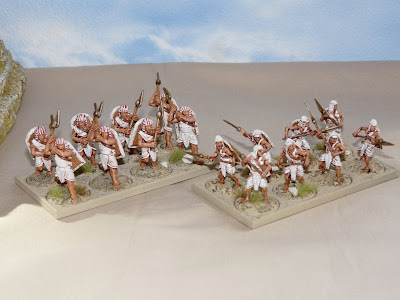 With the first game having to be postponed until we escape lock down it gave me the opportunity to get a couple of extra units out of the lead pile and on to the table.

These are a mix of Foundry and Warlord, the Foundry chaps are slightly bulkier than their warlord counterparts but look ok once based up and give some variety to the Egyptian forces.

As mentioned in a previous post with spearman being in blue, I opted for red for the close combat troops, these fighters are carrying their shields slung on their backs to enable them to move at a brisk pace or use their mace axes with two hands. 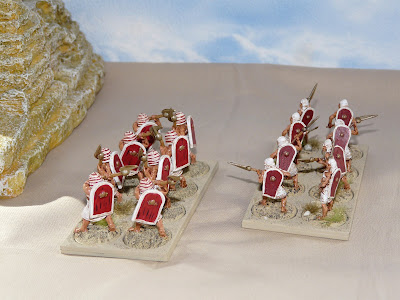 The Nakhtu-aa or ‚the strong arm boys‘ were close combat infantry who would advance rapidly and close with the enemy with their Khopesh sickle swords and two handed mace axes. 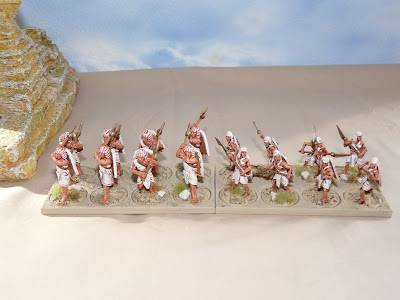 For those interested this are the points and stats for Too Fat Lardies – Infamy Infamy.
When compared to spearmen I have lowered the cost of the aggressive attack characteristic and given them Impetuous so they fight as Elite in the first round of combat.
Next up… The last of the original order. Egyptian Chariots roll on to the table.