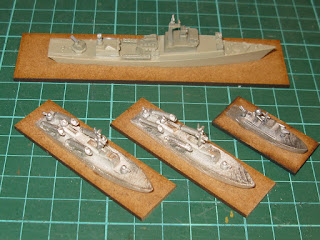 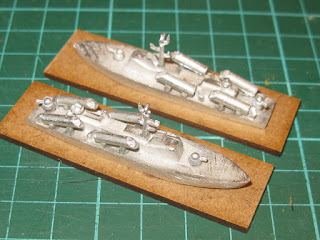 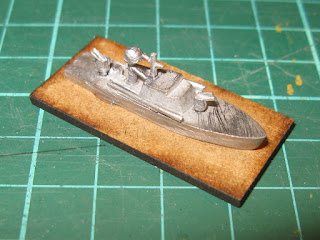 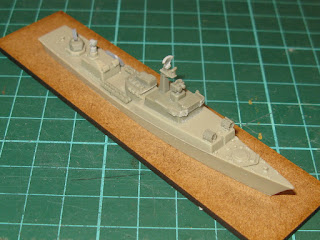 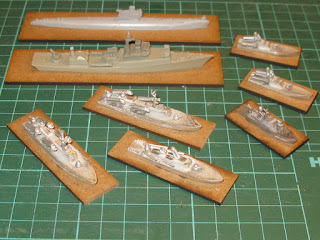 I assembled the remaining Skytrex Soviet FAC’s today including a pair of Osa II FAC(M)’s and a single P6  FAC(T). These took ages to scrape, file, sand and glue, but eventually went together quite easily. I also assembled the Combrig resin Grisha corvette, which was yet more fiddly even though I left off some of the finer details for wargaming purposes. I had to replace some parts with plastic bits from a cheap, surplus to requirements Udaloy class destroyer model kit, as the resin components were far too fragile to survive very long. This completes the Soviet equipped flotilla for the moment, apart from a cunning plan that I will reveal later.