15. Juli 2017Blogs INTComments: 0
The Haitian project continues to creep forward.
To compliment Trent Miniatures rebellious slaves, I picked up a couple of packs from Foundry’s Pirate range which seemed to fit the bill and give a little bit of variation to the units (although saying that many of the foundry sculpts are rather similar in style.) 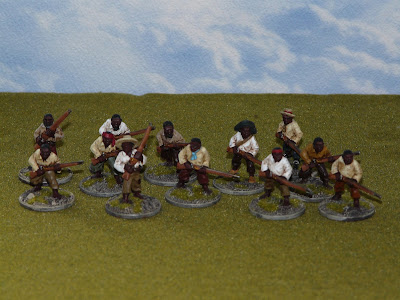 12 more musket men, I plan on using Sharp Practice for the games and with the first outing less than a month away I had better get a move on. 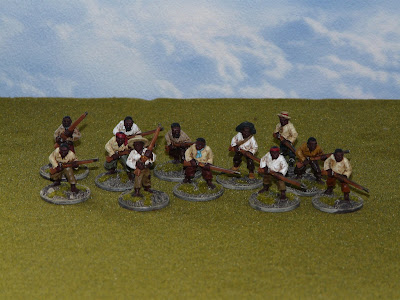 Also completed are a couple of Big men to lead the revolt, I have based these on hex bases to set them apart from the main troops. The bases need a little more work but they will do for unit leaders whilst I complete more mainstream forces and officers. 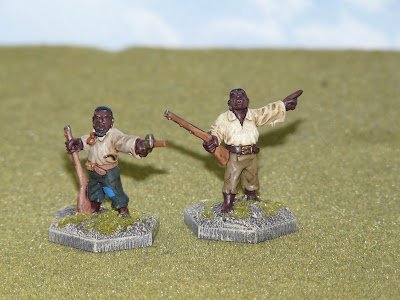 I will look to post up a comparison pic tomorrow.