1. August 2017Blogs INTComments: 0
This cannon and crew are the last of an order I placed a month or so ago. They are liveried in Murrey and Blue to represent the House of York – particularly Richard III. This metal set was a freebie included in an order of 3 boxes of WotR Infantry. 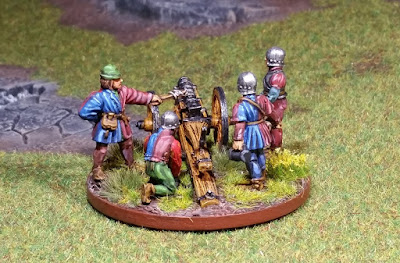 The Battle of First St Albans didn’t have any cannon, or handguns, as far as I know. They will be used in the Bosworth game. 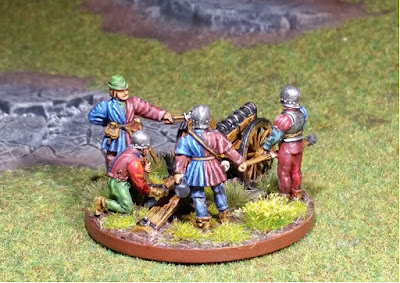 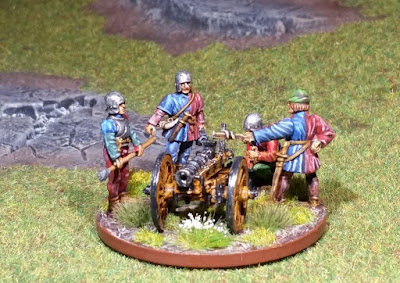 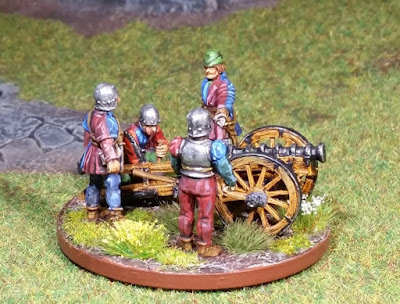 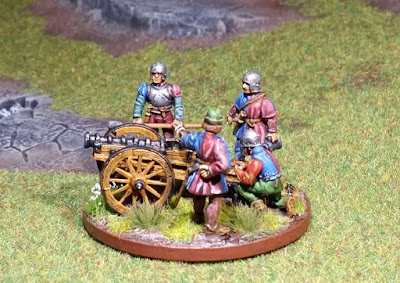 In addition to the artillery, the previously painted Henry VI and entourage were rebased. The capture of these figures will be a major victory in the First St Albans game. 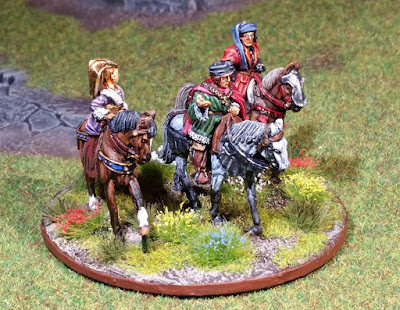 On the king’s left is the Duke of Buckingham; Queen Margaret flanks the king’s right. 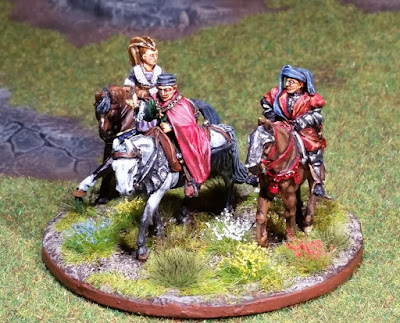 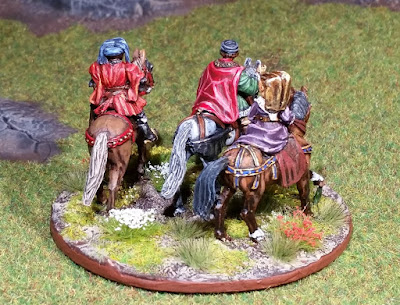 With the cannon and crew set all of the WotR figures have been painted.