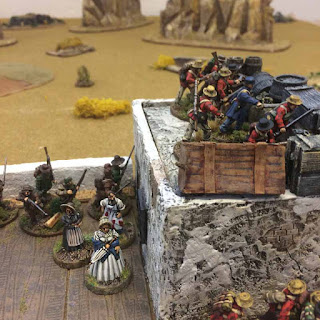 A short Rebels and Patriots AAR from one of the playtest games, Mexican-American War, The Maxican player was to attack a small farm with a few American defenders and some civilians. The main focus for the game was to test out the Chock Infantry.

3 units of Line Infantry @ 4 points each

2 units of Mexican Shock infantry lined up for an frontal assault. The order was to seize the hacienda and also if possible capture the civilians. 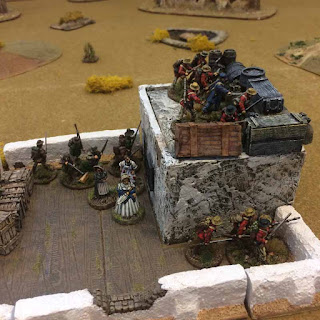 The American defendes had baricade themselfs with the objective to defend the Hacienda and keep the Civilians safe untill reinforcements could arrive. 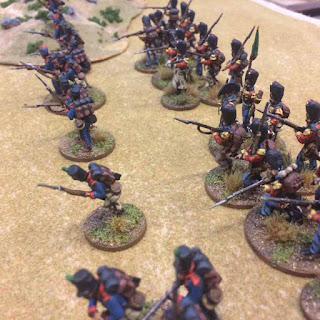 As most units in Rebels and Patriots are fragile to firing, especially at close range (2 Hits are one Casualty)  the Mexican player visely deployed his 2 Skirmish units in front of the Shock Infantry to save them for the final assault of the hacienda. 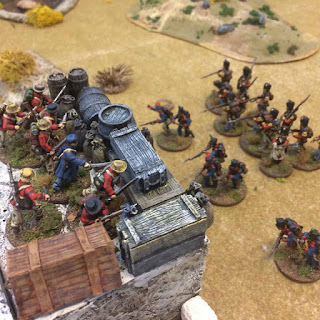 The American defenders opened up as soon aws the enemy was within range (18″). The Light Infantry does not have the Firs Fire rule so there is no cause to whait to open fire. 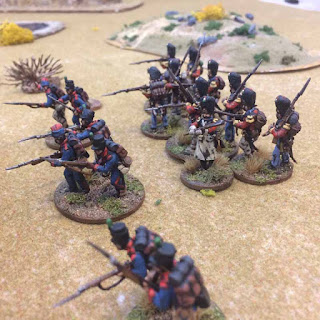 The intense American firing take its toll on the Mexican Skirmishers advancing in fron of the Shock Infantry that forms in to Close Order Formation gaining the benefits of better Disciplin and Fighting and Firing capabilities and as there are no American artillery close by there is prety safe to have a unit in Close Order. 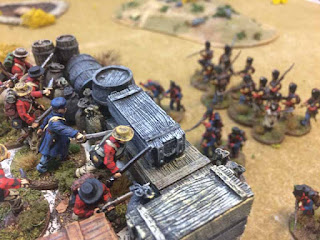 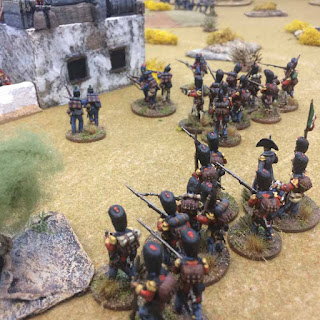 Even Shock Infantry in close order may fail a activation from time to time,,,the Mexican Officers unit are draging behind… 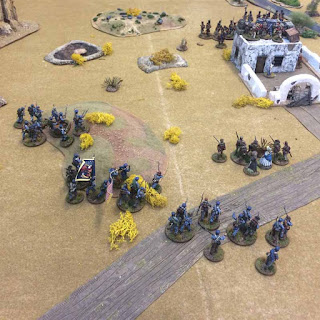 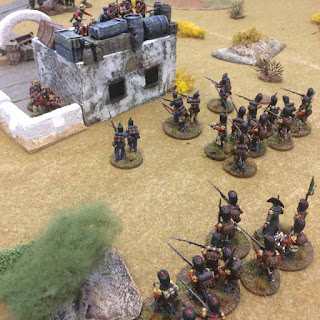 The Mexicans have advanced within the Maximum Attack Distance, but they cant be sure to reach their intended target unit with a Attack Action. The Attack distanse in Rebels and Patriots are not set but are determined by the activation roll of the Attack Action. 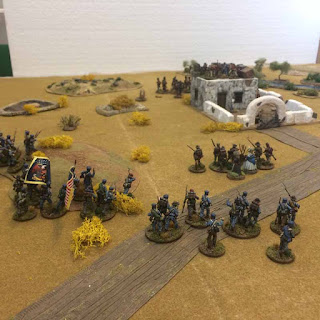 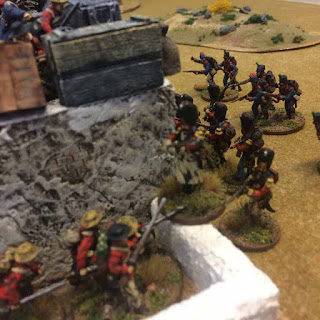 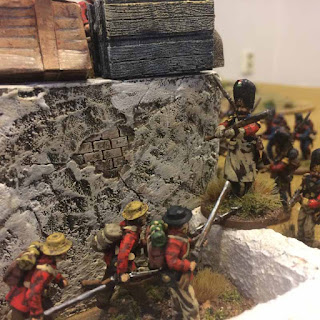 …a intence fight take place but even if the Light Infantry har the benefit of hard cover by the Hacienda the firece Mexican Shock Infantry manage to dislodge the American Defender and occupie the Hacienda. 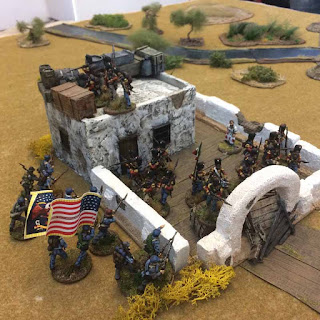 With the Mexicans in possession of the Hacienda the American Officer eads a Do or Die charge against the mexican Shock Infantry, but all in wain as Shock Infantry in hard cover indeed are a tought nut to crack… 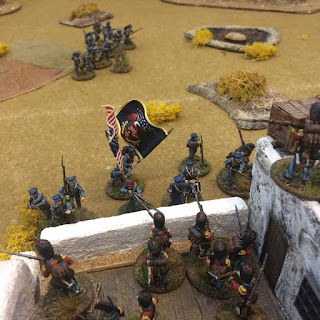 The Americans tried a second time, also unsucessfull, before the game ended.
That was all for this time, hope yoy had a good read and that you all will have a great weekend!

You can see Wargames Illustrateds Flipthrough film at youtube: