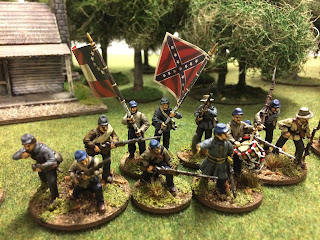 I painted some more Rebs for my Rebels and Patriots ACW force, this time some basic infantry, the should represent troops from Louisiana. As it seems several of the early war Louisiana Infantry used blue uniforms, thath they later was ordered to turn in side out due to friendly fire incidents, I painted them in a mix of blue, gray and beige tones.

For Rebels and Patriots they will be fielded as Line Infantry with 12 minis in each unit and one of them also have the Officer included. 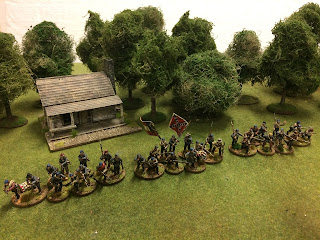 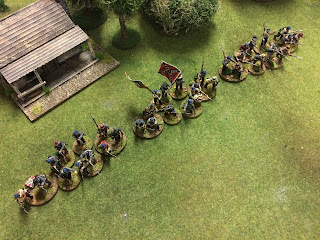 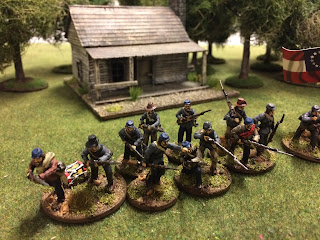 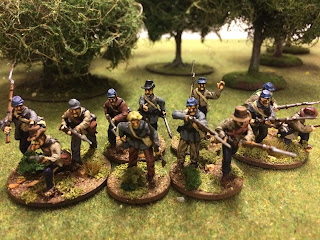