2. August 2020Blogs INTComments: 0
Nothing like beginning a bit late… story of my life…
Anyway, it’s August!? That means is RPGaDay time again! 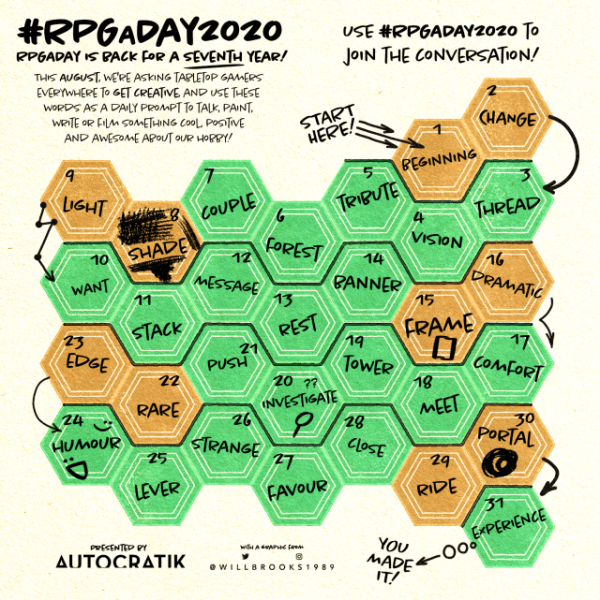 Day 1 – which was, of course, yesterday – was BEGINNING.
We are beginning something new in August. Each Sunday evening Finnegan is going to run a rule-playing game for the family.
We’ve all played games together before – usually games run by me. For some time Finnegan has been hinting that he’d like to get a FAMILY role-playing game going on again and suggested he could run something. Amanda said this would be a very, very good idea (and, in fact FORBADE me from running anything as I „already have too much to do“!)
As no one could really settle on ONE of the many ideas presented, it was decided that he would run a DIFFERENT one-shot adventure every Sunday in August! This week we are starting with Mouse Guard the role-playing game! So Excited!
#RPGaDay2020