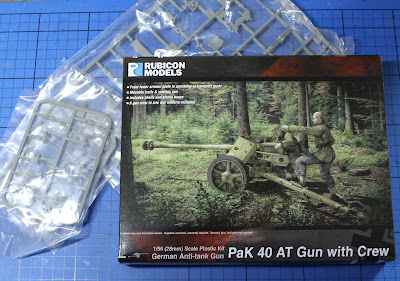 If the prospect of a frontal assault by 250 veteran SS Troops wasn’t troubling enough the defenders of Schloss Itter witnessed the ominous sight of various artillery pieces arriving and being readied for attack.  One of those pieces was the ubiquitous Pak 40.  This 75mm calibre Anti-Tank gun was capable of punching a hole through most allied armour and would certainly have wrought considerable damage on the castle. 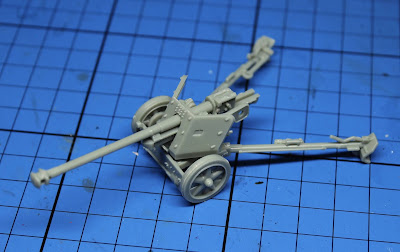 This particular piece is made in hard plastic by ‚Rubicon Models‘ and proved to be a delightfully simple kit to put together. Not too many parts but a host of additional extras including ammunition boxes, spent shells and a crew, although these look a little static and lacking some of the dynamic quality of modern wargames miniatures.  I have really taken a fancy to the Rubicon model kits, they are carefully considered and often have a variety of options when it comes to construction. 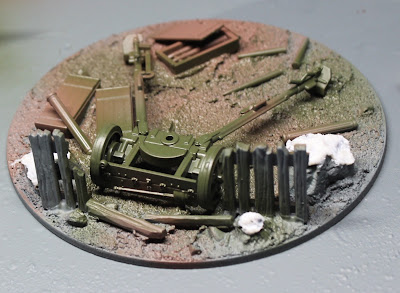 Given the vulnerability of bricks and mortar to high explosive shells, the arrival of such a formidable weapon would surely hasten the eventual fall of the castle.  To try and give a feeling of how this might be realised in the game, we plan to have several artillery pieces situated in the terrain referred to a ‘Special Items’.  They can be crewed and fired, but are fixed in location. To crew a special item you must have a unit of at least 3 miniatures in base contact with it; shaken units cannot crew special items. Once crewed the unit uses actions to fire and reload as normal. Similarly to disembark from a special item, the unit uses another action. 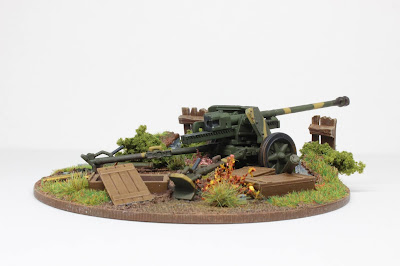 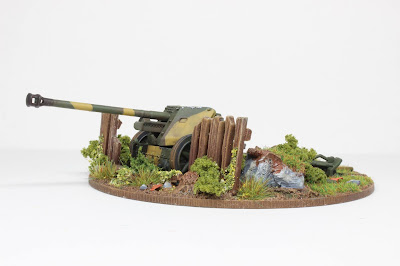 Because we are essentially retelling the story of the battle we felt that it was important that the relevant artillery pieces were there as described by first hand accounts, but also mindful that they could prove too much of an advantage to the attackers if not considered carefully.  By fixing their location we are inviting players to run the gauntlet of the defenders’ fire in order to crew a game changing weapon. 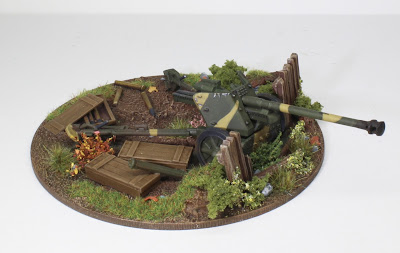 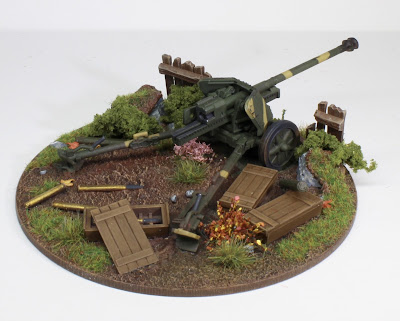