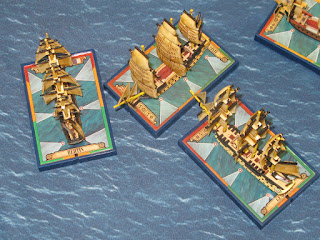 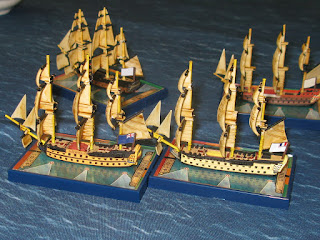 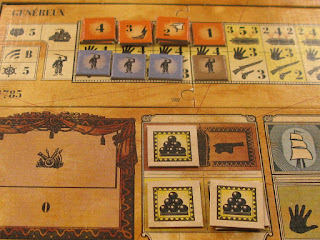 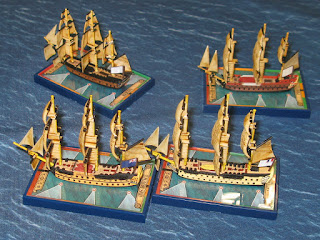 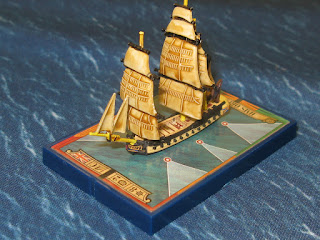 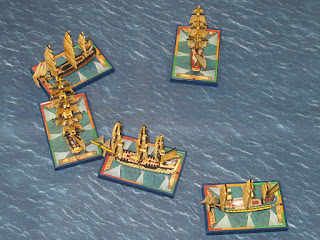 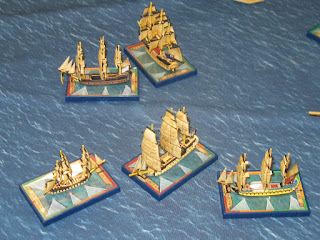 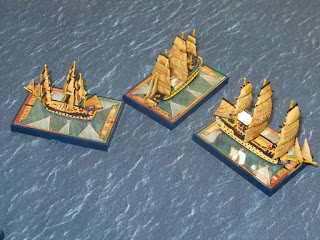 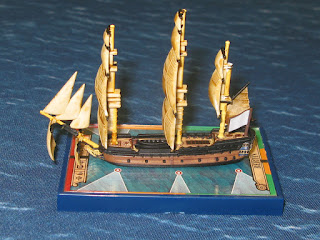 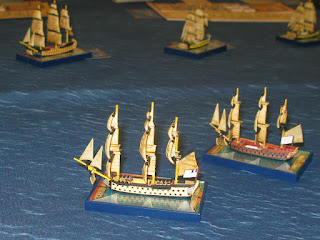 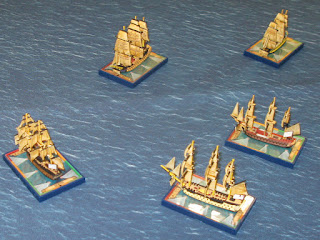 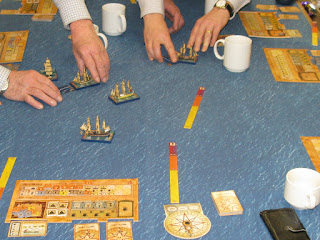 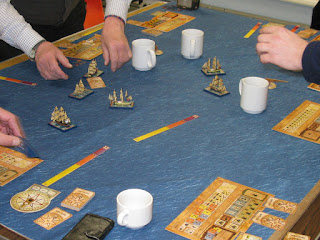 I had a very enjoyable game of Sails of Glory at the club this evening, my first game of the year and my first at the club for months. The game was umpired by the ever generous Gary, who did an excellent job of explaining the rules before the French and British fleets sailed into battle, with yours truly as the hapless French admiral. In the end, the French won a decisive victory but not before the admiral was forced to strike his colours due to battle damage and crew casualties. It was great fun and I’m sure will feature as a club multiplayer game again before not too long. Allez les Bleus!