Schools Out for Summer 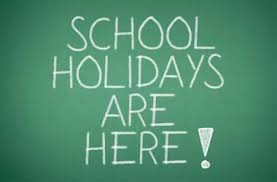 It’s been a difficult year at school, with my resignation from my twenty three year job and a fresh start as a supply teacher, although this has gone pretty well so far and I have plenty of work until the end of 2017. It does mean that I have a bit more job stability as well, at least for the next three or four months, which is a good thing all round.

Unfortunately, my wife has just been made redundant, despite having done nothing to deserve it, so things have been a bit less than brilliant over the last few weeks to say the least. This is one reason why I’ve been pre-occupied and away from the workbench but it’s now the end of term and the summer holidays have arrived, one of the few things that we teachers have to look forward to these days.

I’ll be off for a few weeks over the Summer, so will aim to make some more progress with the 15mm Sci-Fi project before we head off to France. I need to highlight the guns, paint the stowage, sensors and vision blocks then add some decals, before I can finish off with some light weathering. After that I just need to tackle the bases before they’re ready to be deployed.