12. August 2017Blogs INTComments: 0
What with one thing and another games have been a little thin on the ground recently.
When it was suggested by a fellow gamer that he had never tried Chain of Command and as he had been making a US Para force could we run through the rules how could I resist.
Besides it gave me a chance to try out the new winter cloth that I have been slowing building up everytime I reach the end of a can of undercoat. I am rather pleased with the result I was looking looking for that melted snow effect and the dark brown faux fur shows through over a heavy dusting of white. What do you think? 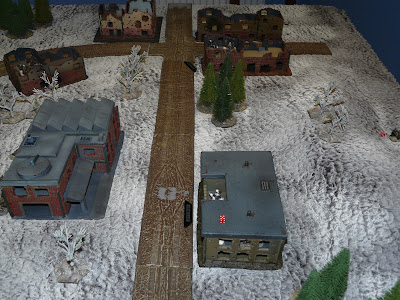 A small encounter with the Russians looking to push past a German defence line made up of a platoon of Panzer Grenadiers in early 1945.
As usual my patrol phase was a nightmare, as the Russians I was pinned on the table edge and the Germans bagged all the best defensive positions perfect the numerous MG34’s the sections contain. 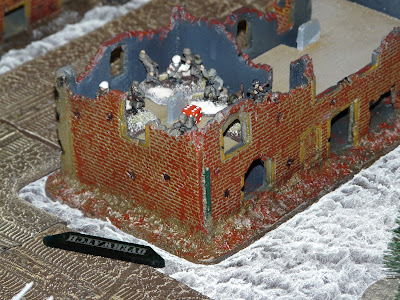 Overwatch is the order of the day, as the Russians wait it out to amass enough 5’s to play a Chain of Command Dice. 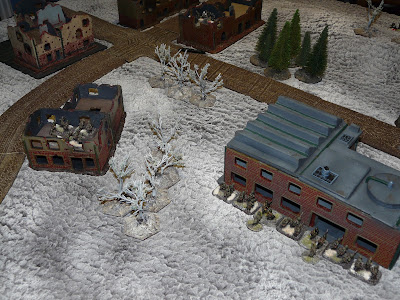 The Russians make their play throwing two sections and a HMG into the German defenders, the shock is starting to mount up for Jerry. 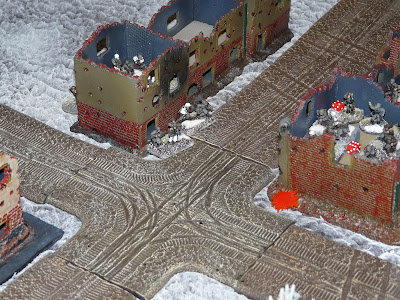 The Senior leader arrives and a reserve section. He begins the task of bring the shock levels back down and the additional firepower begins to tell on the already battle scared Russians. 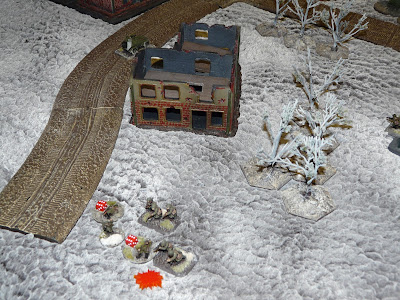 The Russians break and with it their force morale.
Another loss for me… I swear these rules are cursed, still a good introduction to H and plans are now afoot for another outing in 28mm.

Right back to the brushes.