In my previous post I added a couple of photos of some Oathmark Dwarves. I then decided to order a box of the plastic figures and I painted up a unit. I really like the metal „character“ figures but I’m not so keen on the plastics. They look okay but I’m not 100% happy with them.

I don’t like my shield design and I think they look a bit boring. I’m not very keen on the weapon options and I would have preferred more striking weapons (warhammers, mattocks, flails, etc…) instead of the very boring looking spears. I mean, spears are practical but these spears are boring as well and being as thick as telegraph poles. If they were thinner and designed to stick out forward they might have looked better. A couple of two handed options would be nice too.

In making these I decided to re-base the the metal figures that I posted week. I replaced the grassy bases with a stony effect which I’m happy with. I also made a proper command base for the king too. The carnyx (the big Celtic horn) was left over from some Warlord’s Gaul/Celt infantry. It works well here and gives the base some height and a bit of character. 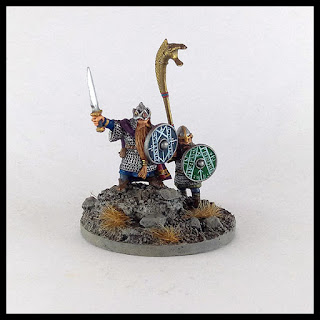 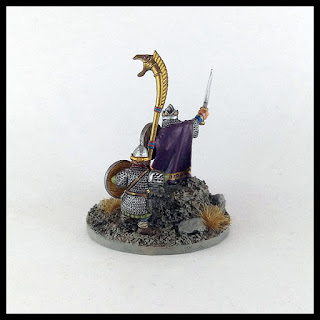 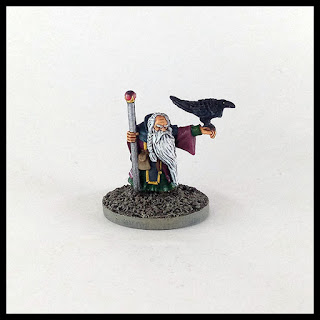 So I doubt that I’ll add any more Oathmark dwarves to my collection. I’ll finish the box I have but that’s it. They may be affordable where numbers are concerned but I’m not impressed enough to purchase more and take the time to paint them.