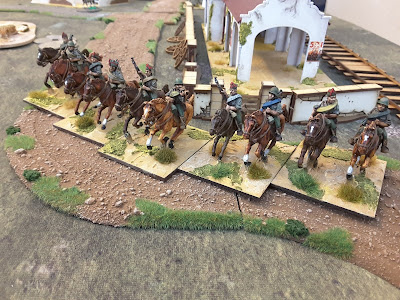 In preparation for the next Spanish Civil War battle here at YG, I needed to put together some bits and pieces to approximate the area over which the Battle of Quinto was fought and whilst I was at it I thought I would empty the SCW „to do“ box. 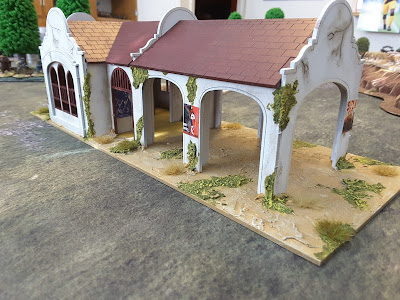 A railway line runs through the town of Quinto and the Station is in the same place today. I have used the Sarissa Precision Adode (South of the Border) range for my Spanish buildings to date and since I last bought from them they have introduced a Railway Station to the range. So an Order went in for that and a set of railway tracks (shown in the top photo but not painted / based yet). 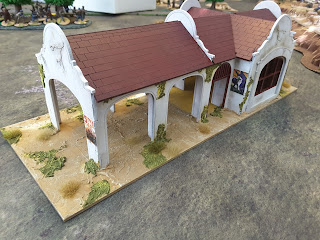 The model comes in the usual flat pack form and fits together nicely. I textured the base and added some grass tufts and Basetex. I used the latter to represent some climbing plants which is code for covering up cracks. A bit of light weathering and some Spanish Civil War Posters finished the building off. 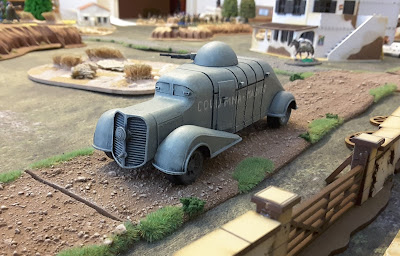 Next up is the MC 36 Hispano Suiza Armoured Car from Minairons which has been lying around for years. A wonderful model that would grace any inter war or pulp game. 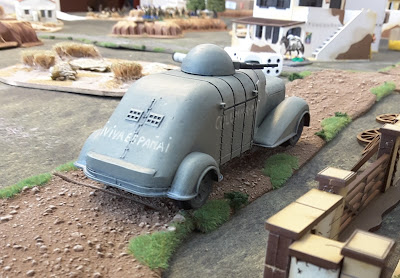 And the final figures added to the display cabinets was the completion of my first Unit of Nationalist Cavalry. These figures are 28mm from Empress Miniatures, I painted up 10 figures last year and just added another 10 to them. I had been pondering the unit organisation for a while but finally decided on a 2 Fig HQ with 3 x 6 Fig companies, which neatly gives 1 unit for 2 of Empress‘ discount packs. 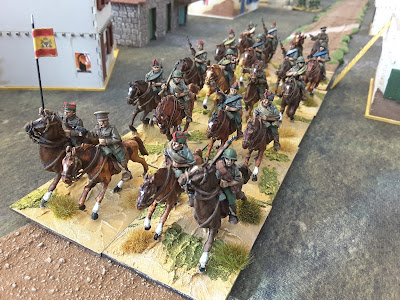 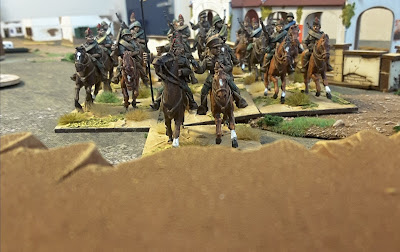 There are no dismounted figures for these yet but my Spanish Legion Figures will suffice for now. These really are superb figures and the unit has added something extra to my SCW collection. 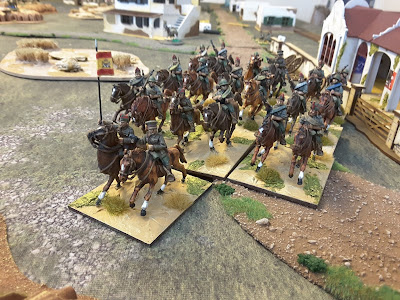 More SCW to come soon with the write up and Scenario post for the Quinto Game, the paint table is full of WW1 Mesopotamia and WW2 Desert vehicles, the