Way back in December 2014 my kickstarter arrived from Spectre Miniatures.
https://dusttears.blogspot.com/2014/12/spectre-miniatures-christmas-comes-early.html

It was one of those kickstarter projects that was delayed and by the time the package arrived the butterfly effect had taken hold and I was off on another project and these guys sat for the next 4 years in the cupboard of shame.
However the recent „V“ project and the War of Insurgency rules got me thinking it was time they made it on on to the paint table. 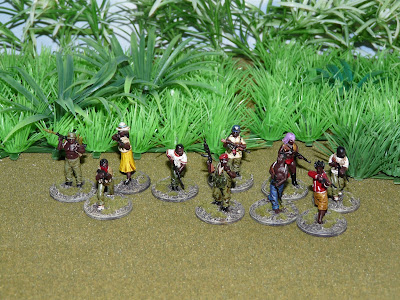 They are slightly skinnier than others in my Congo collection but really capture the chaotic fighters in central Africa including the adoption of fancy dress which gives them a very Liberian feel. 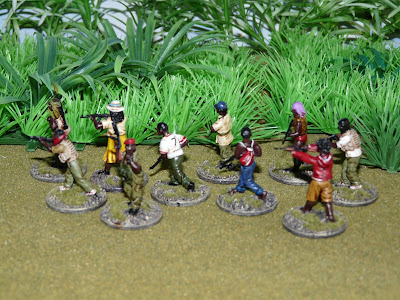 With 30 or so African militia, PMC’s and Delta force to get through they are a small distraction from yet more Haiti line troops. 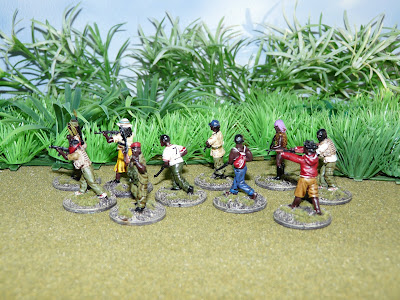 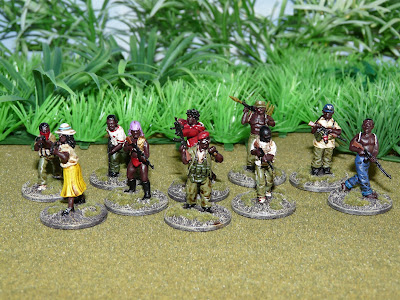