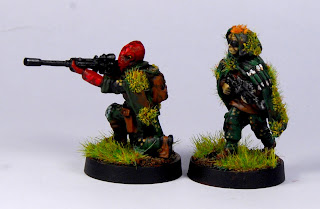 Hey all!
Well, another week, another group of Legion figures! 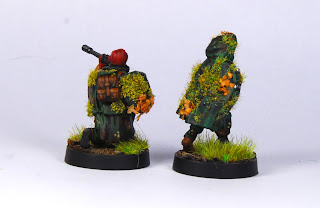 This time, it is the sniper/spotter team from the Commandos boxed set.  I really do like these figures… both aliens, which is cool.  I also decided to do a little ghillie work with them, to mirror the Scout sniper I did earlier.  I DID keep them a bit more „modest“ than that figure, however… they have half-cloaks of sorts to keep them hidden. 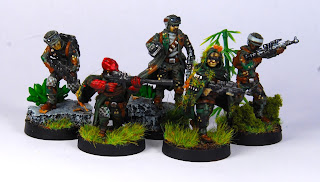 Their basic camo pattern is the same as the other rebels… what sets them apart is the ghillie cloaks.
Overall I’m pretty happy with them… got a few more figures to paint up.