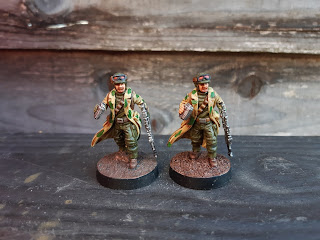 11. Mai 2021Blogs INTComments: 0
More Star Wars Legion this time the other half of my Rebel Infantry finished completing the two squads you get in the Core set. I had planned on doing the ATRT and Han Solo, Chewie and Luke but there is a 7TV Day in mid June I want to use as an excuse to get some other stuff done out the leadpile. 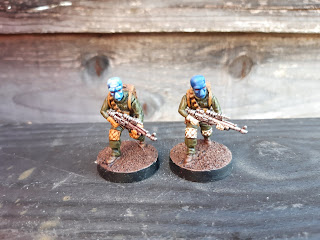 Two Duros Troopers not sure which blue skin I prefer. But tried to make them different tones. 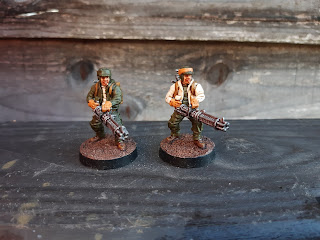 Z6 Rotary Blaster Cannon Troopers main staple weapon of Rebel Infantry Squads. I made perhaps the error of doing the right hand one with a pale sand jacket when his gloves also need to be pale sand to match the squad. 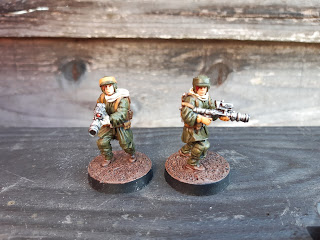 MPL-57 Troopers (anti armour weapons.) I convert the left one slightly by just repostioning the head. I think it works ok. 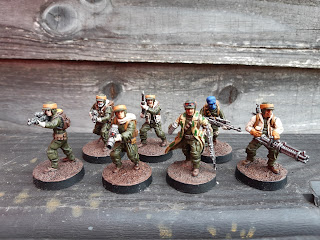 First Rebel Squad. These guys have pale sand gloves/Padding on the Duros and the ochre helmet band. 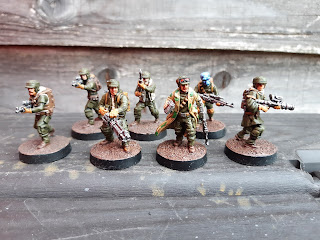 Second squad green helmet bands to match the uniforms and ochre gloves and padding on the Duros. 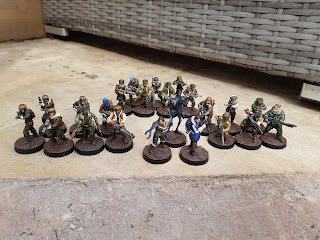 All my  Rebel minis painted so far. Two Core units. One Special Forces and Commander and Operatives. I still need one more Core unit but don’t fancy more Rebel Infantry purely for variety reasons. I think I may go down the 3D print route for more of those or at least invest in some alternative heads for them. I am tempted by Fleet Troopers I think most of all.