30. September 2018Blogs INTComments: 0
Having made an impulse purchase in Warlord sale for Terminator Genisys in the thinking that the rules might work for my Russian Sci-fi project, I thought I would put them through there paces.
I already had the buildings for a modern table with plenty of rubble and ruins should be easy to recreate the world according to skynet… 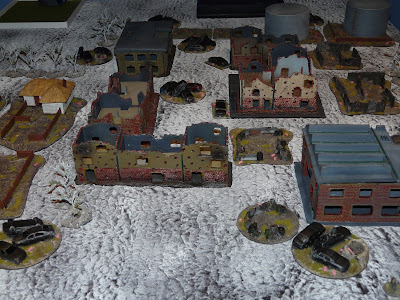 I watched the game play on Beasts of War and the rules seemed to flow quite nicely.
I felt the original release price was excessive, but £10 which equates to not even a blister pack of cavalry these days you do get quite a lot for your money. 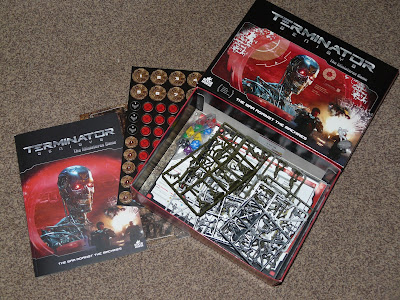 I pulled together a quick 500 points to give the rules a work through.

Each player takes it in turns to roll the ‚Fate‘ dice this either gives you one or two figures to move or your miss a go and pass the dice to your opponent, in the begining this felt a little heavy going when you are simply closing but in close action it becomes pretty important.

The counters signify characters yet to move and can be very tactical espically if you are the resistance and have more figures than the mighty machines as once they have exhausted all their figures you move the rest. 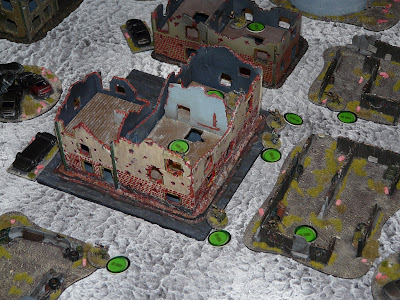 Each class of miniature is given a quality dice D6, D8, D10 etc, etc. The Terminators are tough even if destoryed there is a change that they will turn into a crawler and keep on coming.
However they don’t seek cover where the humans do which does help to even the sides up. 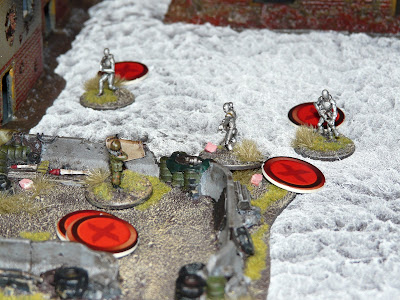 Characters that are hit but survive, receive ‚reeling‘ markers, you are only able to remove one per character per turn, so concentrated fire can surpress tough figures for quite a while.
A simple and effective rule mechanism even if it was spread over 7 or 8 pages.
As you expect with licence products their is plenty of film images in the book, modelling tips and painting guides, strip this back and the core rules take up around 4-6 pages. You have some movie based rules options – Time travel, OK if you want to play the full game experience I guess.
I plan on giving my modern russians vs insurgents an outing next time to see if they work.
With at least three of my gaming circle the proud owner of a £10 Terminator Box set, I guess could be persuaded to paint the figures.